I've been thinking this for some time:

Under the circumstances, investing additional resources in defending airplanes is unlikely to be a cost effective investment. It’s also worth underscoring the fact that flying in an airplane is much safer than driving. Insofar as stepped-up security makes flying both more expensive and more annoying, and therefore pushes more people to drive long distances, we’re going to cost lives rather than save them. And at the end of the day, you have to understand that terrorists are not going to weaken America by killing us all a hundred at a time with bombs. They do much more to weaken America by induces us to waste money and strangle our economy.

...even if airplanes were completely secure you could always kill people by detonating a bomb in some other crowded place. For example, you could blow something up in a crowded airport security line 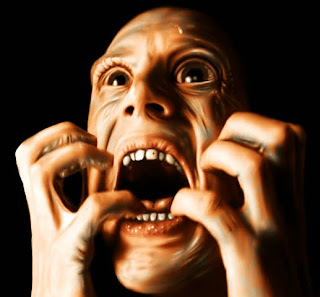 No shit, people. Come out from under the beds. I know doing this will make the news channel sensationalists and political fear-mongers cry but, really, get a grip.
Posted by Dave at 5:31 PM No comments:

When I first heard about the so-called "Undie-Bomber" this weekend, I knew there was something familiar with the concept. Looking back in my archives, I discovered why:

My only other comment about flying is the total stupidity of making so many of use take off our shoes. Gimme a break. One guy has explosive shoes and we all forever have to take off our shoes? I can’t remember where I read this but someone pointed out that we all should be grateful the shoe-bomber wasn’t wearing explosive underwear instead.

That was from April of 2006. I now look forward to putting my briefs (not boxers!) in the security tray along with my shoes and belt. 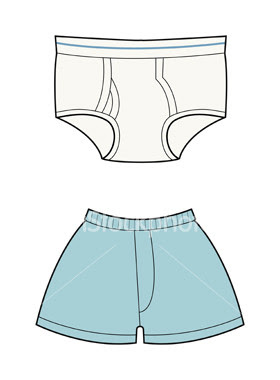 In a cable news debate, area reps Aaron Schock “The Monkey” and Phil Hare talk about bringing Gitmo detainees to Illinois. In the process, Schock, the sniveling, fear-mongering coward that he is, endorses torture as U.S. policy. What a disgrace. Surely there is some despotic third world country he could better represent.

Visit msnbc.com for breaking news, world news, and news about the economy

There are a million points of contention between people who support general healthcare reform and those who don’t. But the one I find most interesting is the starting point of most of the pro and con arguments.

Those, like myself, who support sweeping healthcare reforms start from the position that there are lots of people who do not have access to affordable healthcare and the goal is to make it available to them, to everyone. It’s about people first and money second.

Those who oppose HCR, start from the position that any reform must not cost anything. There can be no tax increases, no loss in profits to the pharmaceutical companies, insurance companies or medical providers. Reform, if any, must come without disturbing the monetary status quo. In other words, it’s money first and people second. 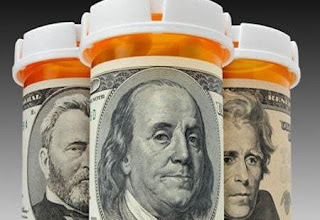 This second position really frustrates me because this really is a matter of saying “I’ve got mine, go fuck yourself” to those who don’t have access to proper healthcare. Additionally, there is simply no way to get this healthcare to the people who need it without messing with the financial tradition of the medical-industrial complex as it exists now.

Meaningful reform will have to take away some profit in some sectors to be affordable. While I’d be all for a Ponies For Everyone proposal where everyone could become rich off of healthcare and everyone could get healthcare, that’s not going to happen and we need to prioritize. I happen to want to put people before money as a starting point.
Posted by Dave at 7:04 AM 3 comments:

I’ll Take Afghanistan for One Million

I know this is incredibly simplistic math but if we are sending 30,000 more troops to Afghanistan at a cost of $30 billion, that means each troop sent there is costing us a million dollars. And, of course, each troop only sees an infinitesimally small fraction of that cash while he or she is the one being shot at. 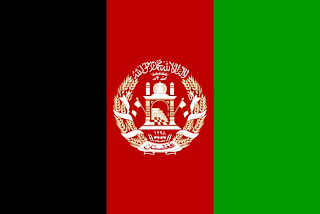