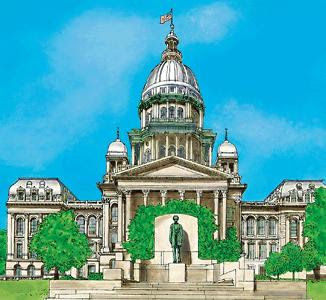 But as someone interested in cities, it is interesting to think about the different ways in which this works. One model, seen in France and the UK, is of a single dominant city. Another model, seen in Italy, is where your capital is also your largest city (Rome), but the main financial and business center is elsewhere (Milan). Then you have your scenarios, seen in the US and Canada, where a capital is established someplace a bit random specifically to avoid choosing between major cities. This tends to lead to capital cities with a reputation as “boring.”

It’s interesting that in the United States it’s extremely common to see this done with state capitals. It’s very rare to see the Boston/Providence scenario where the state capital is put in the state’s major city. You also see some of the Austin/Olympia model where the state capital is also a college town. But the most common thing seems to be the Albany/Sacramento model of putting the state government in some pretty random town that rapidly attracts a reputation (whether deserved or not I couldn’t say in the case of most places, but Albany is pretty terrible and August, ME is far down my list of nice spots in Maine) for being unpleasant.

So see, it’s no accident that Springfield is what it is.
Posted by Dave at 7:05 AM

When you live in Springfield you get to enjoy meeting, knowing and loving your neighbors. You become a familiar face, a trusted neighbor, and a fixture in the community. It is agreeably a small pond, but a small pond with close knit neighborhoods, small town character, and local charm. Public parks are accessible by bicycle, public officials are available by phone, and community events are just down the street. Tourism thrives in little old Springfield for its rich historical heritage thanks to our city’s grandest resident, President Abraham Lincoln. The city works hard to attract entertainment; the State Fair is in Springfield, as well as the University of Illinois at Springfield. And so if it’s boring to you, you must be used to (and enjoy) a totally different lifestyle. With what Springfield offers to many may not be what you want. My suggestion: Stay where you are.

I agree that Springfield is not nearly as "boring" as some make it out to be, but there is room for improvement.

In case you haven't noticed, Springfield IS a college town -- we have both public (UIS) and private (SCI-Benedictine) institutions. These are overlooked assets to the community. UIS particularly has a great deal of potential which is only starting to be realized.

It should also be noted that U.S. cities with the most stable and recession-resistant economies tend to be either state capitals or college towns or both. We're both and should take better advantage of that.

I dunno, I always have a great time when I'm there. It's like a very nice small-to-mid-sized town that happens to be the Capitol.

Also, remember, considering Yglesias' age and experience, Albany might be the only state capitol he knows.