…imagine if John Kerry had put Dennis Kucinich on the Veep ticket [in 2004] and then lost. Kucinich would have increased stature in the Democratic party, and probably be quite popular with "the base," but the press would mostly ignore him other than to occasionally sneer. I'm not equating Palin and Kucinich, just trying to imagine who might occupy a similar space on the left.

It goes beyond Palin. The right seems to come up with these functionally illiterate political celebrities on a regular basis. Think Joe the Plumber or Carrie Prejean. I suppose one could conclude there is a conspiracy among the liberal media elites (you know, any media that isn’t Fox News or talk radio) to turn these goofballs into celebrities to make the right look bad. However, that doesn’t really work since the rightwing media and the right itself (up to and including Republican presidential candidates) regularly embraces and promotes these people as serious political players.

And since every fair-minded person knows that things are exactly equal on the left and right (they always are), I’d like to know where the left’s idiot political celbs are? Where’s the lefty Joe the Plumber? It just doesn’t happen. 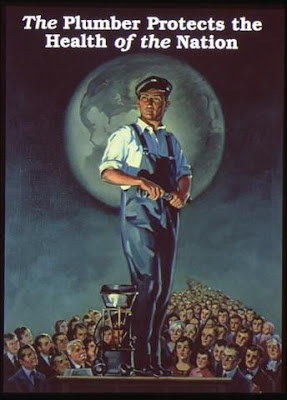