This is last week’s news, but I was fascinated by the story about the justice of the peace in Louisiana, Keith Bardwell, who refused to marry an interracial couple and then declared:

"I'm not a racist. I just don't believe in mixing the races that way," Bardwell told the Associated Press on Thursday. "I have piles and piles of black friends. They come to my home, I marry them, they use my bathroom. I treat them just like everyone else."

Yikes. Short of lynching someone, I’m not sure how much more racist you can get. But this guy is convinced he’s not racist. I encounter stuff like this routinely. People with racist attitudes have convinced themselves that they can’t possibly be racist. I think it goes something like this: Racism is bad. I’m good. Therefore I can’t be a racist. 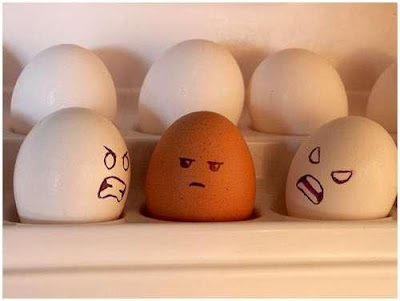 I’m glad being racist carries a social stigma, but I’m afraid that’s just leading to an absurd level of denial (see Mr. Bardwell). Many of these same people are also convinced that we live in a post-racist society where only the white man can’t get a break due to “political correctness” or “affirmative action” or Jesse Jackson or ACORN or whatever. Ironically, their own feelings of victimhood in a country where your best shot at almost anything is helped by being a white male are actually a kind of racism.

Being a racist does not require you to be a member of the KKK or advocate a return to slavery. No, it comes in many shades and some more subtle than others.
Posted by Dave at 7:02 AM

Fuck you and your bile

Nice little read...
Easy to agree with, but that may not be such a good thing....