I love it when the media discovers the world. The childlike awe and amazement is cute:

(CNN) -- Nearly one in four people worldwide is Muslim -- and they are not necessarily where you might think, according to an extensive new study that aims to map the global Muslim population.

India, a majority-Hindu country, has more Muslims than any country except for Indonesia and Pakistan, and more than twice as many as Egypt.

China has more Muslims than Syria.

Germany has more Muslims than Lebanon.

And Russia has more Muslims than Jordan and Libya put together.

Nearly two out of three of the world's Muslims are in Asia, stretching from Turkey to Indonesia.

The Middle East and north Africa, which together are home to about one in five of the world's Muslims, trail a very distant second.

There are about 1.57 billion Muslims in the world, according to the report, "Mapping the Global Muslim Population," by the Pew Forum on Religion & Public Life. That represents about 23 percent of the total global population of 6.8 billion.

This story treats this information like a new ring has been discovered around Saturn. Who knew! What other secrets does our planet hold beyond our shores? 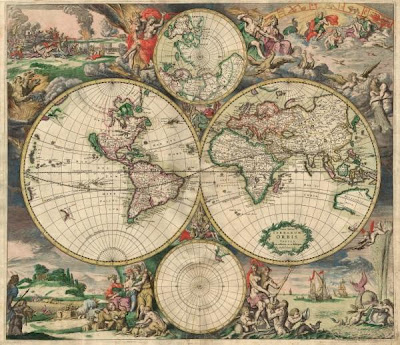