teh
So why is the basic unit of beer packaging the six pack? Where did that standard come from? 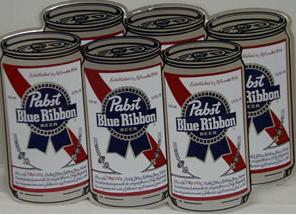 From Beer Dave [No Relation]: Pabst was the first brewery to package beer in six packs. After numerous studies, it was determined that six cans was the ideal weight for the average housewife to cart home from the store. Remember that in the '40s things were different from today.

The Origin of the Six Pack
Why not 4 or 8 or 10?
In the 1930's, major breweries determined that six bottles was the most that a woman would carry home from the market.

OK, so the actual decade the six pack was invented is still a point of contention but it seems clear the physical strength of women is to blame for the six pack. So if our mothers or grandmothers or great grandmothers had been a little more physically fit we might have been enjoying a more satisfying EIGHT pack all these years. Besides, we know women can really heft more beer if they put some effort into it. 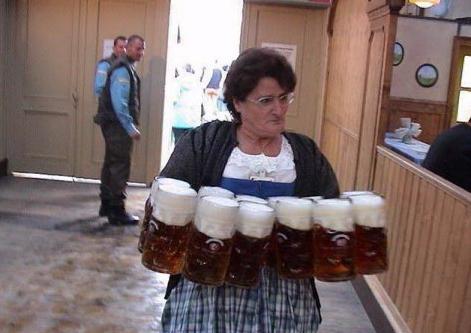 Ever wonder about where the world’s largest six pack resides? Answer: LaCrosse, Wisconsin, at City Brewery. 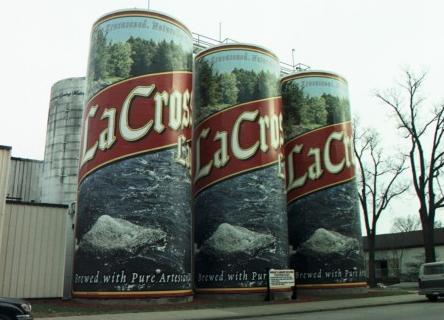 How ‘bout the dumbest way of carrying a six pack? Try this: 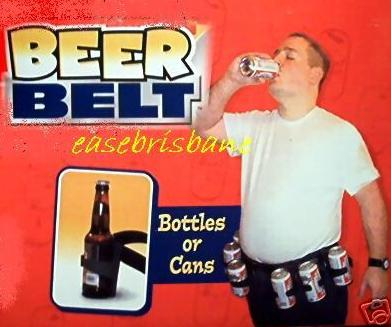 That guy looks like a drunk beer terrorist. Hint: you won’t get on a plane wearing that thing.

The six pack: an American tradition!
Posted by Dave at 12:02 AM

Those cans appear awfully Budweiseresque. Does that make him an Evildoer?

Excellent beer Friday post! I've seen the good old German women of Munich hoist that many beers at the Oktoberfest--it is amazing.

For my part everybody ought to glance at this.

A fun new fact! Thanks!