teh
I’m out of here for the weekend, making my annual Memorial Day trek to Giant City State Park. Actually, I’ll be close to birth place of, or place of inspiration for, Memorial Day. I just found out this today:

[General John A.] Logan [of Illinois] had been the principal speaker in a citywide memorial observation on April 29, 1866, at a cemetery in Carbondale, Illinois, an event that likely gave him the idea to make it a national holiday. On May 5, 1868, in his capacity as commander-in-chief of the Grand Army of the Republic, a veterans' organization, Logan issued a proclamation that "Decoration Day" be observed nationwide. It was observed for the first time on May 30 of the same year. The tombs of fallen Union soldiers were decorated in remembrance of this day.

OK, if you read the whole Wikipedia entry, Memorial Day was really more of a joint effort of many, but Carbondale and John A. Logan certainly played a major part.

I will not be blogging this weekend but I do have one request: between burgers and beers and baseball and brats, let’s all take at least a moment to remember those who we honor this weekend. 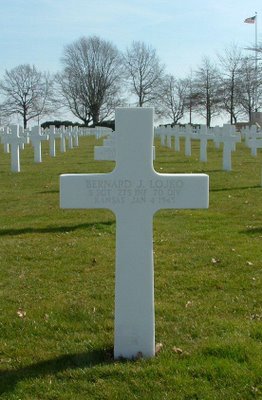