It's the end of December and time to look back at my year in beer. I have a number of categories and honors to bestow for 2007.

Favorite Beer
My favorite beer in 2007 has to have been Weihenstephaner's Hefe Weissbier.

As you may have guessed, it's a German brew. It's a wheat beer and 2007 was the year of the wheat beer for me. Last I knew, Brewhaus also serves this in large draft form. Go there and order one. Order two and you'll need to call a cab.

Best Workhorse Beer
I define a workhorse beer as a domestic, affordable beer that everyone will drink and I kinda like too. This year it's Rolling Rock. 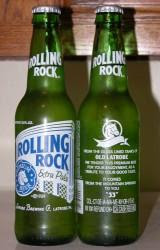 An honorable mention has to go to Bud Light which absolutely everyone who drinks beer will drink. It's a no-brainer for social functions and i always keep some on hand.

Favorite Beer that Disappeared
I am quite fond of Schwelmer, another German beer, both the Pils and the Alt. 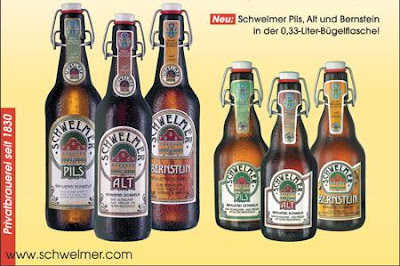 However, my the supply of both dried up at Friar Tuck this fall and I've not seen it anywhere else in town.

Beer I Completely Gave Up On
It's sad but I really can't drink Harp anymore. It kills my stomach. After just one, I'm reaching for the Zantac. 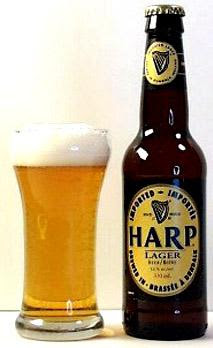 Oh well, there are plenty of beers in the sea, er, fridge.

Beer That Came of Age For Me
I really got into Guinness this year. A Guinness draft pored at the pub is like a beer milkshake. 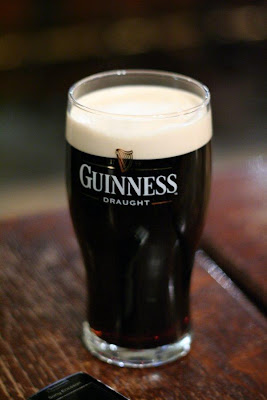 Worst Beer Experience
This had to be the night last summer when Mrs. TEH, Former Wingman SK and I stopped in at Ruby Tuesday's in the mall to get a bite to eat. SK and I tried ordering a beer before dinner but the waitress kept telling us they were out of whatever beer we asked for. It got so silly that I finally piped up and said, "It isn't much of a cheese shop is it!", referring to the famous Monty Python sketch where the cheese shop has no cheese. We laughed but the waitress had no idea what we were talking about. I guess we eventually got a Bud Light or something. 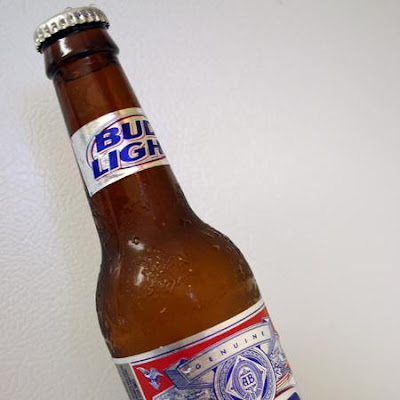 Best Beer Selection - Bar
As always, Brewhaus here in town. However the for variety of beers on tap, the honors go to Mutt Lynch's in Newport Beach, CA. 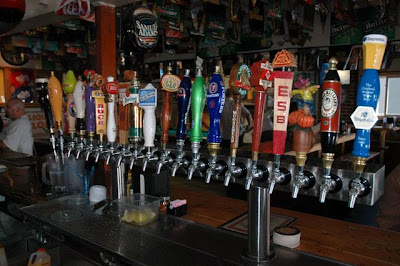 And that's just half of them. The left side of the menu if you will. 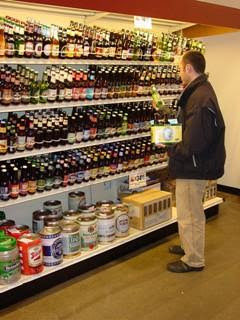 (I know, that isn't a picture taken in the Springfield store but it was the best I could steal from their website.)

Beer Most Often Ordered in a Restaurant
This year I think Blue Moon is the winner. 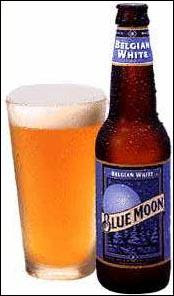 A surprising number of establishments have Blue Moon on tap. Not sure why, but I'm not complaining.

Have a great weekend and a happy New Year.
Posted by Dave at 6:01 AM

I just tried the Weihenstephaner Hefe Weissbier last month in Galena when we went there. Man, it was a delicious beer. It was like it woke me up from a trance or something. Just delicious.

I'm always a big fan of the draft Guinness, too. My number one beer when I'm in a place where I can get it on tap.

I would add a category: Best Beer Selection in a Restaurant.

My pick for this year has been Buffalo Wild Wings.They have just impressed me with their consistent selection of American Craft Brewers. On tap is a selection from Flying Dog, Goose Island, Schlafly, Genessee, Sam Adams and others. They have won my loyalty.

I do know that Brewhaus serves food during breakfast and lunch but that is just not *drinking time* for me.