I don’t fully agree with it, but I understand the Obama administration’s reason for not wanting to release the controversial detainee photos right now. It may save some American lives. Fine, I get that. But let’s think about the bigger picture here.

If we hadn’t been abusing prisoners, there would be nothing to worry about. This is a strong argument for why prisoner/detainee/enemy combatant abuse is rather counterproductive. DON’T TORTURE AND ABUSE AND THERE WON’T BE CONSEQUENCES FOR DOING SO. Jeebus, people! 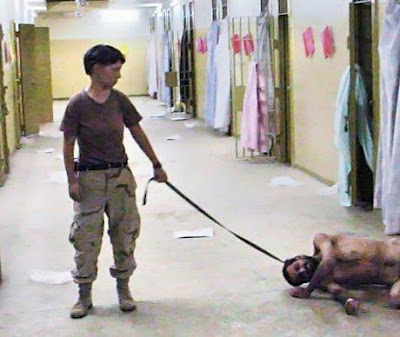 But for now, we (and the world) know these pictures exist and that in and of itself is bad enough. What a wonderful legacy the Bush years have left us.
Posted by Dave at 12:15 PM

So, to wrap it up, there is no way to do the time for the crime of Chernobyl and Fukushima like events. And there are alternative to using nukes that don't also instigate Global Climate warp-out via CO2 concentrations in our atmosphere that are inexcusably and atrociously too high