Kevin Drum says you must read books to be smart. I disagree.

Understanding "broader categories" — the context into which individual pieces of knowledge fit — requires you to read books. Full stop. Maybe someday it won't, but it does now.

...I'm generally a scourge of cranky elders who always kvetching about how ill educated kids are today compared to the golden age they used to live in. Spare me. But that doesn't mean the opposite is true either. Kids who grow up on the internet may be great at looking up odd bits of information quickly, but my experience is that they often suck at figuring out what that information means and what conclusions it's reasonable to draw from it. That's because they don't know the context. They don't know the rest of the story. And that's because they don't read enough books. 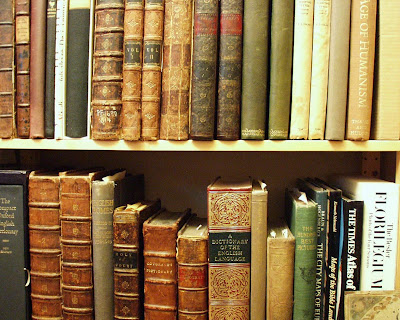 This seems like a silly argument Kevin is making. You can read as little or as much as you want on a subject via the internet. Information doesn’t have to come in book form. I’m 48 years old and read plenty of books up until a few years ago. But I find the aggregate “context” of many different items on the web as informative and often more so, than the lengthy writings in a single book. Now, obviously, if you really want to become well-versed in a subject you need to consume (not necessarily just read) a lot of information on the subject. I think that can be done through a variety of media. Also, back in the day, I don’t remember lots of people buying lots of informative books. I think more people know more about more things, even if they aren’t experts, because of things like the internet and narrowcasting cable channels.

I understand Kevin’s invocation of “context” but getting that context isn’t limited to reading books. At least I don’t think it is. My problem is that I had a good book-learning background before making the leap to newer media like the internet. So maybe I’m already equipped with contextualization skills because of that. But I don’t think so. There are many things I think I’ve become at least moderately versed in without cracking a single book on the subject. I have nothing against books, but I think Kevin is perhaps overstating thier relative necessity to understanding.
Posted by Dave at 12:16 PM

Great minds must think alike, because I just posted on this subject myself. Hell, at this point I'd be happy to see my college attending daughter using the Internet to read - instead of Myspace, and Rhapsody.

The problem with the Internet as a substitute for reading is that most material on the Internet pays a tertiary, at best, look at any subject. Books, are much better structured, and usually present the subjects reviewed in greater depth than an article on Wiki.

The Internet is a scrambled mixed up place. I'd never want to think that my surgeon learned what he knows from readings obtained from the Internet. Maybe a radio news producer, but not my Dentist.

But I also see how this argument is slowly going to be won by those who advocate the Internet over books - because books will end up on the Internet in increasing numbers, and so soon it won't even matter. Look at Kindle as an example.

Yes, I think a lot of this "argument" centers on semantics and the definition of "book", etc. Yes, right now, it is probably important that professionals in some areas study, and have access to “books” in their area of specialty. But for day to day living, you can be quite well informed without a book. That’s all I’m saying.