Now that the “swine flu” epidemic is maybe looking not-so-bad, there are signs in the air of a backlash against the speed with which the US government, the World Health Organization, and other government agencies worked to ring the alarm bell. I think that would be a big mistake. Part of the essence of the emergence of a new flu strain is that you can’t get a solid, statistically valid sense of how deadly it is until it’s already infected tons and tons of people. But by then it’s way too late to ring the alarm. You need to act, in the first instance, on the fact that a new flu strain could be extremely dangerous so it’s highly desirable to stop it from spreading widely.

Second, the way you stop a flu virus from spreading widely is that you’ve got to raise the level of public concern. 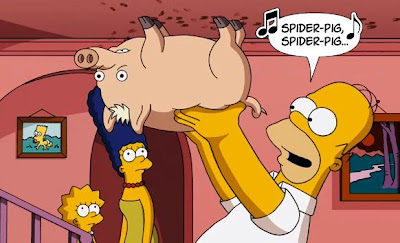 Right from the beginning I figured if this outbreak of flu wasn’t a “big one”, the backlash would come and probably be translated to other potential disasters and even disasters already in the making like global climate change. This seems like such an obvious point, but still there are those who insist that their instinct (or political biases or whatever) are more reliable than science and concerted preventative action.

You don’t break out the fire extinguisher after you see how much damage the fire has done. And you don’t put out the stove fire and then declare that it was never any big deal. As Yglesias says, with a new strain of virus you can’t KNOW what to expect. Better safe than sorry. Or dead. We can live with the “hype”, it's the ignorance that will kill us. Note too, that by limiting the the number of people exposed to this not-so-deadly virus, we reduce the chance of it mutating into something far more deadly. This is a NEW virus that we have no immunity to, so anything can happen.

Update: Or as someone else put it:

…the irony of good public health planning is that if it works, you might not know you needed it.