A Little Chicago With That Whine?

Living downstate, I’m well aware of how horribly put-upon we are by those bad people in Chicago. But get this:

Armed with a study by the legislature's research office, state Sen. Martin Sandoval, D-Cicero, said that between 1999 and 2007, road fund expenditures in the Chicago area ranged from about 32 percent of the statewide total to 44 percent. 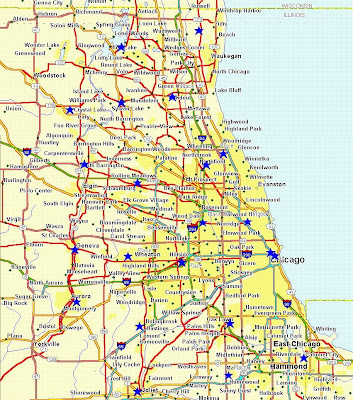 Whaaaaaaaa! It’s unfair! Chicago gets everything and we get nothing! Whaaaaaaaa!

Oh, what? We get more road per capita than they do? Well, ahem, never mind. Let’s talk about something else, like corrupt politicians! Whaaaaaaaa!

Now, of course this may make some sense in that the distances between destinations are greater downstate than they are in the greater Chicago area. There’s economy of scale up there. But there are also other circumstances where it might make more sense to spend more there than here.

This has been another message from the Downstaters Against Provincial Whiney-Ass Babies.