Patti needs to realize that we are interested in only one thing about her:

[Patti] Blagojevich told MSNBC Thursday that viewers of reality show "I'm a Celebrity ... Get Me Out of Here" will expect her to use obscenities. But she says they'll be disappointed.

Blagojevich spoke from Costa Rica, where the NBC series is being filmed.

While some need to publish or perish, Patti will need to swear or fail at being a bankable celebrity. It’s called branding. 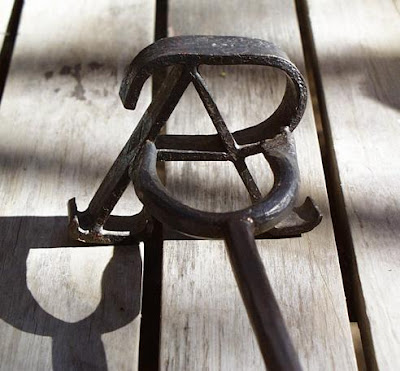 When Rod first got busted last winter, I said that his only path to continued prosperity was to take the crazy-corrupt-politician-with-chutzpah act to the extreme. He’s been doing a pretty good job of it and if he can stay out of jail, he might be able to cash in.

Likewise, if Patti can maintain the foul mouth, she’ll be in demand. Can’t you see her showing up on talk shows with the bleep button guy at the ready? Guest appearances on sitcoms where she lets loose on a string of expletives? It’s kind of a one trick pony with a limited shelf life, but right now that’s all she’s got.

My other idea is that she can have an affair that is mysteriously uncovered by the media and go the Jon & Kate route. Here we are now, entertain us!
Posted by Dave at 7:13 AM