Updating my post from yesterday on the imposter posting comments in the SJ-R online:

The SJ-R, 24 hours later, still has not removed the bogus comments attributed to me [see Update II below]. Apparently, all they did was close the imposter’s account. How long will it be before this guy simply registers with a slightly different version, again incorporating my full name and the name of this blog? The SJ-R should not be allowing “real” names to be used unless they can verify it’s really that person. This really sucks. And I hold the SJ-R responsible for it.

Update: I’m guessing that if I registered as “Don’t Subscribe to the SJ-R” or “Bernard Schoenburg at the SJ-R”, those accounts would not be allowed to post comments.

Update II: After I complained again, the SJ-R infoms me they have now removed the comments. Thank you SJ-R! Now let's change your account registration policy.

Update III: See Will's story comments below. I guess I'm not alone and it could have been (and still might get) worse. Unless the SJ-R decides to do something about it. 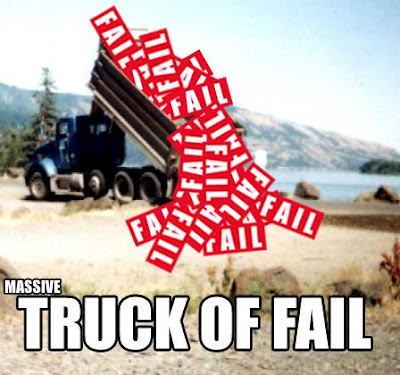 Someone did the same thing to me and the SJR allowed it to go on for months while the sociopath kept using different names. I assumed it was the nutjob county employee who anonymously harassed me for over a year after I ran for county board.
I wrote the online editor, but they don't seem to mind allowing their board to be used as a platform for disturbed individuals as long as it drives up their hit count. The same person is still allowed to post on their comment board under other names. I avoid linking to SJR stories whenever possible due to their comment policy. A lawsuit that requires them to hand over the IP addresses of the offender might be just the thing.

Will, if you want to do anything about this count me in. This is an insane policy they have.