Could the AIG Office in Springfield Have Its Own Problems?

Through all this AIG mess, we’ve been assured that all the financial badness was confined to the company’s London-based operation that made all those bad insurance guarantees. We were told that the multitude of other AIG subsidiaries were in fine shape. But now it’s being reported that that might not be true.

Thomas Gober, a former Mississippi state insurance examiner who has tracked fraud in the industry for 23 years and served previously as a consultant to the FBI and the Department of Justice, says he believes AIG's supposedly solvent insurance business may be at least as troubled as its reckless financial-products unit. Far from being "healthy," as state insurance regulators, ratings agencies and other experts have repeatedly described the insurance side, Gober calls it "a house of cards." Citing numerous documents he has obtained from state insurance regulators and obscure data buried in AIG's own 300-page annual reports, Gober argues that AIG's 71 interlocking domestic U.S. insurance subsidiaries are in hock to each other to an astonishing degree.

Most of this as-yet-undiscovered problem, Gober says, lies in the area of reinsurance, whereby one insurance company insures the liabilities of another so that the latter doesn't have to carry all the risk on its books. Most major insurance companies use outside firms to reinsure, but the vast majority of AIG's reinsurance contracts are negotiated internally among its affiliates, Gober says, and these internal balance sheets don't add up.

However, AIG denies this: 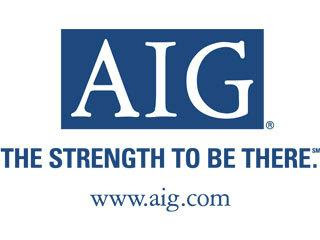 If they are reinsuring themselves then they are indeed a house of cards.

I heard the Congressman from NY, Ackerman describe the credit risk derivatives that took AIG down. For anyone who is interested, basically they were insurance-like products sold by AIG that guaranteed mortgages. However, unlike insurance products, AIG was not required to hold reserves to pay claims. So when people defaulted on their mortgages and financial institutions wanted their money back, AIG needed to go to the Fed to borrow the money to make the payments.

This basically was an unregulated insurance product that went bad due to greed. AIG never thought they would get called, but they did and they could damn well lead us into a depression.

Wow,
RickMonday finally got something right!!

This basically was an unregulated insurance product that went bad due to greed. So comrade, are you suggesting more regulation?

In all seriousness, AIG has been in trouble in the past alot, saw several references from 2001-2005.
AIG to pay $10 million civil fine due to SEC fraud investigation.
And we loan the crooks more money (starting with Bush TARP)?

geek, I agree with your statement:

And we loan the crooks more money (starting with Bush TARP)?

But have to add, and end with Chris Dodd and Tim Geithner intentionally adding the bonus language in the latest 30 billion.

Is it just a coincidence that both Obama and Dodd received more than 100k from AIG? Not a bad investment, pay 200k and get 165million back..sounds like a Hillary futures deal.

Dodds original wording tightened bonuses, this wording was changed by the fed.

Shall I dig up all the Repub quotes that opposed the salary caps on people receiving the loans from a couple weeks and how they checked the polls and decided they should now be for caps?!?

The bonuses are small change, the real question is where is the rest of the money going to?

In Oct. 2008 then candidate Obama said AIG execs should be fired and the treasury should demand their money back.

Also according to what I read, AIG is actually 1.6 trillion in debt, I assume the free-market will fix everything.

"Dodds original wording tightened bonuses, this wording was changed by the fed."d

I saw Dodd on Wolf Blitzer's show admit that he put it in there based on "conversations with Treasury Dept aids" whose names he could not remember.

The day before he said he didnt put it in there. Why lie to us? I guess he needed the 24 hours to understand how to handle the damage control.

Yes, the 165 million compared to 1.6 trillion in existing credit default swaps is small potatoes. But how many things are "small potatoes". When are we going to draw the line. When does one take an ethical stance?

I thought this administration was going to be upfront and truthful. They tried to sneak this in there and when the public got mad they lied about it until finally someone told Dodd to take the heat.

And Geithner is a fool. He claims that AIG was contractually obligated. Guess what, if I am going to get $30 billion I will find a way to get rid of the contracts. It could have been done.

I agree with this statment in the article:

"The exemption for already existing compensation agreements -- the exact provision that is now protecting the AIG bonus payments -- was inserted at the White House's insistence and over Dodd's objections."

I think Dodd was talked to by the Obama treasury dept and forced to take the fall in order to keep the heat off of Geithner. Nothing else would explain Dodd's 180 degree reversal, unless of course he was lying which I dont think he was.

Yes, Geither and Summer's (thru their staff) are to blame. Both should go.

The other question is ... did those 2 pick their staff? Or are they left over from the previous admin? Sabotage?
Geithner confirmed Jan 26.

Summers was Jan 20th. from wiki...
Criticism of Summers While at NEC

In January 2009, as the Obama Administration tried to pass a fiscal stimulus bill, Oregon Democratic Representative Peter DeFazio criticized Summers, saying that he thought that President Obama is "ill-advised by Larry Summers. Larry Summers hates infrastructure." [26]. DeFazio, along with liberal economists including Paul Krugman and Joseph Stiglitz, has argued that more of the stimulus should be spent on infrastructure,[27] while Summers has supported tax cuts.[citation needed]

Relations between Summers, President Obama's top economic adviser, and former Fed Chairman Paul Volcker have also been strained recently, as Volcker has accused Summers of delaying the effort to organize a panel of outside economic advisers, and has cut Volcker out of White House meetings and has not shown interest in collaborating on policy solutions to the current economic crisis. [28]

Summers has recently come under fire for accepting perks from Citigroup, including free rides on its corporate jet last summer.[29] According to the Wall Street Journal, Larry Summers called Chris Dodd asking him to remove caps on executive pay at firms who have received stimulus money, including Citigroup. [30]

I dont know why everyone is in love with Summers. He has left bad marks where ever he has gone including that safety school he was president of.