I’ve never seen anything like it. One of the country’s major political parties is now entirely beholden to a radio talk show host. The chairman of the Republican National Committee bows down and kisses Rush Limbaugh’s ring after “accidently” criticizing” him. A week or two ago a Republican congressman felt the need to do the same thing. A party like that deserves to be out of power. And they will be for a long time if they become Rushian Party. 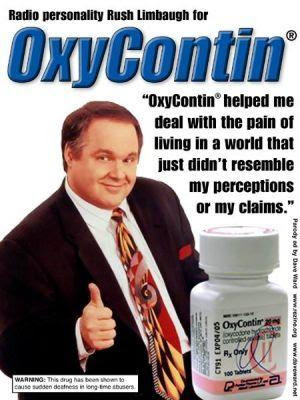 Update: More Rush ass-kissing from a prominent Republican (Jindal this time). The guy is a talk radio gas-bag, for goodness sake! Maybe Bobby can use this as a pre-apology in case he ever “accidentally” says something Rush doesn’t like. Might as well be ahead of the game.

Steele found out the hard way that he should not mess with Rush.

Obama will learn the same lesson if he and his sidekick, Gibbs, keep going after Rush. Rush will win that battle. Especially after Obama blows all of his political capital on this stupid stimulus bill and 3 trillion dollar spending spree. Can you say, Worst Start to a Presidency Ever!

But that's just it, no one outside of the Republican party is scared of Rush. Nor should they be.

And nice idiotic deflection of the topic anon. If I didn't want to respond to the first part of the comment, it would already be gone. Stay on topic and away from stupid, meaningless talking points.