I’ve been thinking this too.

More recently, energy prices have stopped that kind of rapid ascent, but they’ve done so because global growth is moving backwards. If the economy moves toward recovery, we have every reason to believe that it will continue to escalate.

And this is part of what makes the failure over the past ten years to invest in a new clean energy economy so unfortunate. Instead, we wound up very much doing the reverse. At a moment in time when a lot of foreigners wanted to lend money to finance investments in America, we could have been investing in clean ways of producing electricity, in new mass transit lines, in walkable communities, etc. But instead we invested in new housing developments that for the most part are even more sprawling and car dependent than the developments we were building in the 1980s. 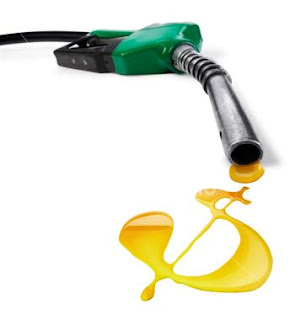 We are “enjoying” low gasoline prices (at least those of us who are still employed) but that isn’t going to last any longer than the global recession. When business picks up, so will energy demand and gas prices will go through the roof. We failed to heed the warning signs in the past and we have a short window of opportunity to prepare for the surge in energy prices by investing stimulus money in alternatives and infrastructure that will ease the pain some. But waiting isn’t an option any longer.

I’ll even take this one step further. A growing economy can be stymied by energy inflation brought on by scarcity. So any recovery could then be cut short and the economy thrown back into recession by these rising energy costs. That then would lower energy costs, which would allow for a recovery (eventually) and on and on the cycle goes. The only way out of this is to be smarter with our energy options.
Posted by Dave at 5:18 PM

There's a chance you're eligible for a new government solar energy rebate program.
Click here and find out if you qualify now!