Police are on the Case (of Beer)

Is it really necessary to arrest people over 18 (but under 21) for drinking at someone’s house? I’m old enough to remember when they raised the drinking age from 19 to 21 and THE BIGGEST RATIONALE was the higher drinking age would more effectively keep 19 and 20 year olds from buying booze for those under 19. Really, that was the proponent’s main argument. They theoretically had no problem with 19 and 20 year-olds drinking, they were just concerned these kids would be passing the bottle to their slightly younger friends. But that notion is long since gone and now you need to be arrested for drinking as a 19 or 20 year old because IT’S THE LAW! 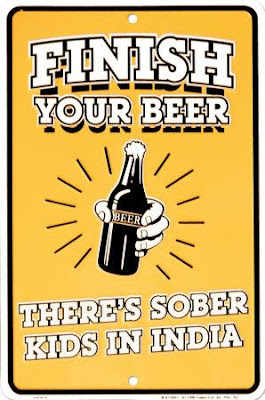 Specifically regarding the linked-to story, the police should have told the occupants of the home to dial down the noise but should not have arrested a bunch of adults for consuming alcohol. And as for the illegal adults, they should have not called attention to themselves by being so loud.
Posted by Dave at 7:16 AM