I May Need to Sue the SJ-R

I’m serious. They let some asshole, pretending to be me, use my full name in their online comments section. Oh, but there could be someone else who has my name, right? Not in conjunction with the name of my blog. Ridiculous comments were made to which, of course, other commenter’s responded, again using my name. The SJ-R better get this under control NOW. 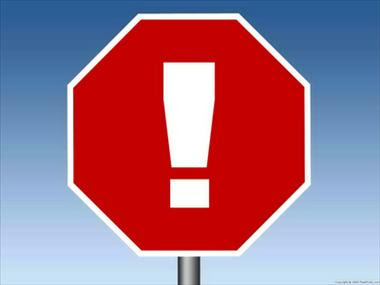 Update: By the way, I NEVER comment in the SJ-R comments section, so if you see anyone pretending to be me, it’s not. I don’t even like reading the stupid that shows up there. I only found out about these incidents because I was tipped off to them.

Update II: The SJ-R has now heard from me.

Update III: The SJ-R has quickly responded by closing the imposter's account.

Update IV: How about a requirement that comment accounts not contain a plausibly real name? I’m sure I’m not the first person to be burned by this.

Update V: After talking to the person I thought was responsible for this, he assures me he is not involved. Taking him at his word, I've removed any accusations here. It actaully kind of scares me more NOT knowing who did it.

Update VI: Well, 24 hours later, the SJ-R still has not removed the bogus comments. Apparently all they did was cancel the imposter's account.

that is sociopathic behavior.

That sucks Dave. It's really immature at best, and Alli's right, sociopathic at worst. I'm glad the SJR online editor took care of it for you.

Some faker posted as me and put up some exaggerated BS there too.

That almost certainly means its our troll. He doesn't like either of us. Did he use your real name?