People think I’m kidding when I say, I’m half-sorry that Lincoln won the Civil War. And by “won” I mean preventing the secession of the Southern states. There was that whole slavery thing the really needed to be ended, hence my half-sorryness. But today, with no slavery in the balance, let the redneck fuckers go. Matt Yglesias agrees:

Honestly, though, I agree with Mike Tomasky that if Texas wants to leave the union we should probably just let them go and I’d say the same for other southern states that feel oppressed by our efforts to use federal tax money to help them take care of their unemployed citizens. Back during the Civil War, the cause of keeping the union together was intertwined with the cause of fighting the great evil of slavery. But assume we just welcome migrants from the Republic of Texas with open arms if they want to flee north, there’d be no comparable problem with letting Texas leave.

Obviously, one advantage of large-scale secession of the most conservative states is that it would be a lot easier to pass progressive legislation. An aspect of Civil War history that people don’t tend to appreciate is that the temporary departure of the Dixie bloc of Senators allowed a huge flowering of legislative activity that wouldn’t otherwise have been possible. In addition to prosecuting the war, the Lincoln-era GOP took sweeping action on industrial policy, infrastructure, land reform, etc. much of which would have been extraordinarily difficult to accomplish had the southerners just stayed in their seats and used the considerable levers of obstruction that are available to legislative minorities. 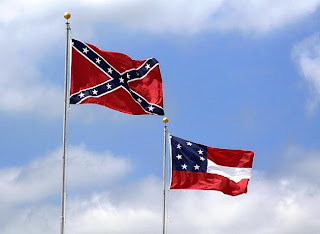 Don't even tease. This sounds like a great plan to me.

Love your post; agree with you 100%. But what will become of Springfield as all the racists, hicks, "Christians" and anti-tax people leave. We'll have a population of like 10 people.