teh
Two weeks ago we looked at the Lincoln connection to beer. In honor of George Washington’s birthday this week, we investigate the our first president’s relationship with beer. 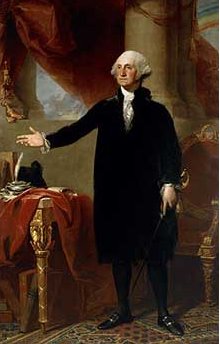 First, we have proof that Washington was indeed a hero:

George Washington, a noted brewer and first President of the United States, had more than the British to battle during America’s war for independence. Upon enlisting, Washington had promised each of his soldiers a quart of beer as a part of their daily rations. As war progressed and supplies diminished, The Continental Congress threatened to eliminate the beer rations. Well, old George would have no part of that and argued to maintain the full beer rations. And we all know the final outcome of that war…

We, know that Washington’s favorite beer was Porter... 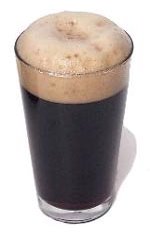 But did you know Washington was also a micro brewer. Here’s his recipe for what he called “small beer”:

Take a large Siffer [Sifter] full of Bran Hops to your Taste. -- Boil these 3 hours then strain out 30 Gall[ons] into a cooler put in 3 Gall[ons] Molasses while the Beer is Scalding hot or rather draw the Melasses into the cooler & St[r]ain the Beer on it while boiling Hot. let this stand till it is little more than Blood warm then put in a quart of Yea[s]t if the Weather is very Cold cover it over with a Blank[et] & let it Work in the Cooler 24 hours then put it into the Cask -- leave the bung open till it is almost don[e] Working -- Bottle it that day Week it was Brewed.

I discovered here that this recipe will result in a beer that will kick your ass:

Following this recipe exactly will result in a beer with an alcohol content of about 11 percent -- making it at least twice as potent as most of today's commercially brewed domestic beers.

It’s also been recorded that George once stopped at the Warren Tavern (witch still exists) in Boston to “have refreshments” with Ben Franklin. Here’s the sign that hangs outside the historic establishment. 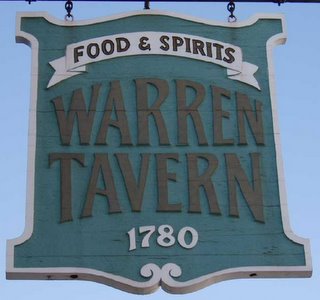 Well, Lincoln seems to have been the more temperate of the two men honored this month. Hmmm…maybe we should take a look at Franklin’s beer adventures sometime. I have a feeling he could drink these two under table (and in Washington’s case, probably did).
Posted by Dave at 12:02 AM

Here's a link for a raspberry porter a friend and I did in college back in 1997. It turned out nicely.

It shouldn't surprise anyone that GW was a brewer and was interested in maintainng an ample beer supply, both for his troops and his own household. In the days before potable water was widely available, people drank it with every meal; it was safe to drink since human pathogens (e.g., typhoid, dysentery) that can live in water die in beer. Epidemic waterborne diseases spread rapidly in armies in those days, and Washington, an experienced military commender, certainly would have understood the need to make certain his men had beer.

Small beer in generally made from the ssecond sparging of grain; it's not generally thought of as a high-alcohol beer. 11% is really off the charts for small beer.

Porter is a great beer that will take a lot of different flavor adjuncts - I've made it with chocolate and chili peppers, and it was excellent.