teh
The mass departure from this earthly plane by 1960’s TV stars continues unabated. Don Knotts passed away Friday. 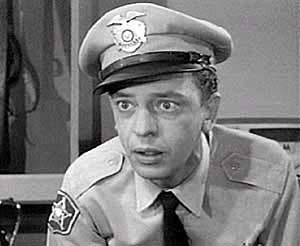 I guess I wasn’t anything close to being a huge fan of Knotts or the Barney Fife character, but I remember watching an A&E Biography on him about a year ago that was really interesting. Actually, it was Knotts that was interesting. Watching his life story, it was hard to reconcile the man with his often lame characters.

Just as a side note, one of the most disturbing movies I saw as kid was The Incredible Mr. Limpet. 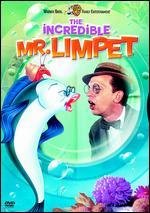 I’m not sure what it was but Knotts’ character, both as fish and human, really creeped me out. It still sends a shiver up my spine just thinking about that movie.

Oh, and don’t even get me started on Mr. Furley.

Still, there’s no doubt about Knotts’ icon status. He led a good life, brought joy to -well, billions I suppose- and certainly gave more than he took. It really is hard to see these guys go.
Posted by Dave at 11:36 PM

Don Knotts was absolutely the best. I remember watching him on Threes Company with my mom when I was younger. The world has truly lost one of the best.