I woke up this morning realizing the holiday Monday had thrown me off a day and I had forgotten all about FBB. So I have hastily assembled this weeks edition. This is in contrast to the Illinois legislature which is not seeming to be able to do anything quickly and is now in overtime.

Speaking of legislation (segue alert!), I was interested to read this Chicago Reader article from a few months ago about how bad Illinois law is, *gasp*, chasing beer away at least one from the state.

AT THE MAP ROOM, a Bucktown bar with a tap list the length of a novel, the beers of Bell’s Brewery are suddenly what everyone wants. “They’ve never been more popular,” says bar owner Laura Blasingame. “If you can’t have it, you really want it.”
Wanting won’t help. Due to a much-publicized dispute with its Chicago distributor, the southwest Michigan brewery has pulled out of the state entirely. It might seem like a bewildering decision for a brand that’s been a fixture in local bars and stores for more than a decade: Chicago is a bottomless beer market, and craft beer doesn’t have a ceiling in sight. Sales were up 11 percent nationwide in the first half of this year—that’s on top of a 9 percent increase in 2005 and a 7 percent increase in 2004. Meanwhile sales of American mass-market brands fell in 2005 and are up less than 2 percent this year. 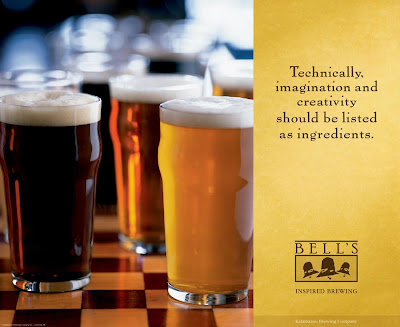 But Bell’s founder Larry Bell has had it with a state law that legally ties him to a distributor he says doesn’t care about his beers. The only way he feels he can control what happens to his brand is to take his ball and go home.
…
TO UNDERSTAND WHAT happened to Bell’s, you have to understand what happened in the 1930s, after Prohibition, when modern alcohol law and the three-tier system were created. The system, which stipulates that all alcohol has to pass through a middleman, was established to ensure that producers couldn’t run bars and limit consumer choice by exclusively serving their own drinks, a situation known as a “tied house.” The repeal of Prohibition effectively gave states the right to regulate alcohol within their borders, and the resulting patchwork of laws has meant that distributors are usually in-state companies.
…
Goose Island took advantage of the only exception to the three-tier system: if you serve the beer where you brewed it, you can sell it yourself. “When we first came into the market in the 1980s,” says brewmaster Greg Hall, “we went with a brewpub instead of a microbrewery because no one was interested in talking to us.” The brewpub was a hit, but seven years passed before Goose Island inked a deal with a distributor, Union Beverage. Goose Island did phenomenally well until 2000, when sales leveled off. Union was selling Goose Island everywhere it went; to get bigger, the brewery needed a distributor who went everywhere, period. That’s why this August Goose Island agreed to sell a minority interest to the Portland-based Widmer Brothers Brewing, which is partially owned by Anheuser-Busch. The move gave Goose Island the skeleton key of beer sales: access to Anheuser-Busch’s distribution
network. 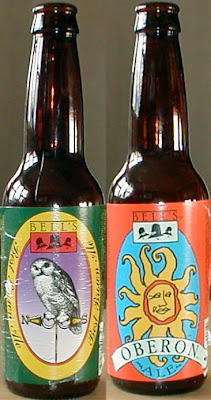 …
Neither California nor Colorado, the states with the most breweries in the nation, has a franchise law. “Colorado’s certainly an example of how not having franchise laws has helped foster a bunch of start-ups,” says Paul Gatza of the Brewers Association.
...
“The question is, why do I have to have somebody else own my brands and decide what’s best for my beer in the state?” says Larry Bell. “I’m the owner—shouldn’t I get to decide what’s best for my beer?”

While Bell certainly isn’t the only brewer to raise the question, to the best of anyone’s knowledge only one other brewer has pulled out of Illinois because of the franchise law. “I had a very bizarre experience,” says Deb Carey, president of New Glarus Brewing in Wisconsin, perhaps the most respected brewery in the midwest. Carey says that after River City Wine and Spirits, her distributor in parts of northern Illinois outside Chicago, was bought out by Southern Wine and Spirits in 2002, she was told that the new company wouldn’t be distributing her beer. “So I wrote them saying I’d like to buy back the product and POS [point of sale merchandising] and anything else. I got a letter back saying, ‘If you don’t want us to distribute your product, you owe us $20,000.’ They would not give me a justification for that price. I thought that was ludicrous since they had no intention of selling my beer.” (Southern Wine and Spirits officials did not return calls for this story.) Carey didn’t have $20,000, she didn’t have money for lawyers, and she was already having trouble meeting demand in Illinois. She felt her only option was to pull out of the whole state—including Chicago, where she was having no problems with her distributors. And so she did

The distribution laws seem stupid to me but I really don’t know much about them beyond what I just read in the Reader article. I suspect this is another case of special interests being able to buy favoritism though campaign donations and lobbying efforts. My guess is nothing much is going to change. Hell, the Illinois legislature, with a solid Democratic majority, can’t even get a budget passed on time.
Posted by Dave at 6:48 AM

I love Bell's beer. They are pricey but totally worth it. It's a shame that they're no longer available here. New Glarus makes some good beer, too, and now that it's been mentioned, I haven't seen those beers here in a while either.

I think the three-tiered system is stupid, too. It's a relic of a bygone era as well as anti-consumer. Why shouldn't a retailer get to determine what products it carries? Why should it have to rely on the whims of a middleman?

I've asked numerous times at Famous and Friar Tuck when they are going to start selling New Belgium products, and each time I'm told that their distributors won't stock it. I know I'm not the only one wanting NBBC products here in central Illinois.

It would make so much more sense for retailers to be able to purchase directly from the brewery, based on what consumers want.