teh
Since the former Republican governor may wind up going to a place where the beer mugs don’t shine I thought I’d go for a George Ryan beer them today. Actually, there is no George Ryan beer (yet!) but there is a Ryan Beer and some George beers. For instance, this Polish brewery has, for some reason, a Ryan beer. 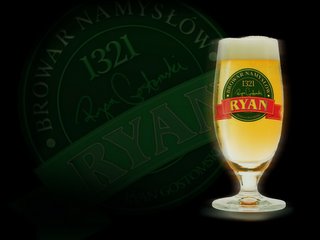 Does “ryan” mean something in Polish?

There is also this beer invoking he name of George.

Oh, and there’s this George too. 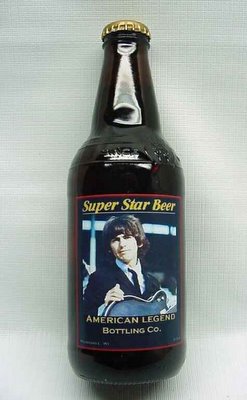 And finally there’s this article that indicates Gearoge Ryan enjoys a Red Stripe once in a while.

[Assistant U.S. Attorney Patrick M.] Collins recalled the case of currency exchange millionaire Harry Klein, who had the Ryans as guests at his Jamaican estate every winter for a decade. Fawell had described for jurors how they had sat around drinking Jamaican Red Stripe beer.

Klein got a lucrative deal from Ryan under which he leased a building to the state. But Collins said the good times came to an abrupt stop when Klein was subpoenaed by a grand jury.

"The party was over, no more Red Stripes around the table," Collins said.

Mmmmmmm, Red Stripe: Better than an orange jumpsuit.
Posted by Dave at 12:01 AM