A Few Thoughts on Gerald Ford

...
Although his presidency was short, only two and a half years, it came a time when I personally become much more politically aware (I was in my mid teens) and therefore his imprint on me was somewhat disproportionate to his actually impact on history.

Ford was of an example of what Republicans used to be like before the all the arrogance and hubris of the modern GOP. When he was president, I may have disagreed with Ford on some issue but I never had any disrespect for him or his presidency.

I still don’t think the pardoning of Richard Nixon was right. It may have been expedient but not right.

Anyone still remember the Mayaguez Incident? 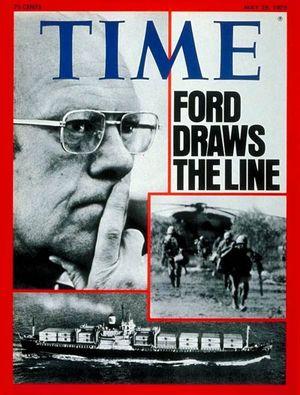 Even Gerald Ford sent troops off to die in a foreign land, something every president in my lifetime has done.

Last night on CNN, Bill Schneider recalled how in 1980 there was an attempt to draft Ford as Ronald Reagan’s running mate. Schneider correctly noted that having Ford as VP would have greatly changed history. If George H. W. Bush had not been VP he would never have been president, therefore no way in hell George W. Bush would ever have been considered for president. The fact the GeeDubya’s only qualification for president was that his father was president may be an obvious point but one rarely heard in the MSM.

Also last night, CNN showed this picture of Ford posing in the Oval Office with George Harrison and Billy Preston. 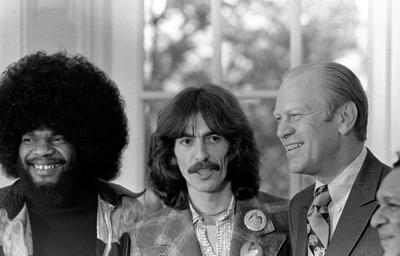 Who would have thought then that Ford would out-live both of these musicians? 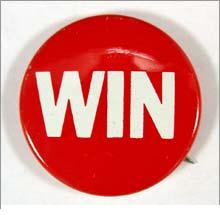 Ford campaigned here in Springfield when he ran for president in 1976. He was aboard a train and had Hollywood legend Chuck Connors with him. 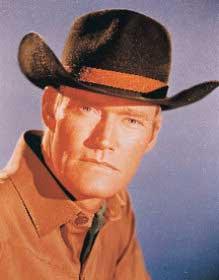 He still lost even with Connors’ endorsement.

And why haven’t I heard any comments in the media from Chevy Chase? After all, it was Chase’s “impersonations” of Ford (and the associated pratfalls) that launch his career on Saturday Night Live.

Update: JeromeProphet has memories as well, some that intersect with mine. I guess having a celebrity roll through town, even a Chuck Connors, left an impression if you lived in Springfield, Illinois in the 1970s.