Centrism in the Defense of Liberty Is No Vice!

There's nothing wrong with having opinions that aren’t all firmly attached to one camp (left) or the other (right). While what camp a political position is associated with usually makes ideological sense, I find it preferable to judge issues on a case by case basis and I respect people who do this rather than automatically going with whatever “side” they most identify with. For example, it’s not that unusual to find someone who is opposed to the death penalty (left) but also favors making abortion illegal (right). I’ve known strong environmentalists (left) who are also foreign policy hawks (right).

However, the people that kill me are the folks who triangulate to the exact center of any controversy for the sake of being dogmatically moderate. If the argument is whether the sky is blue (left) or the sky is yellow (right), these people will know that the sky is green. It has to be, it’s right in the middle!

I’m not sure where this mentality comes from. In some cases, I’m pretty confident it’s some sort of conflict avoidance device. “Look, you’re both a little right and both a little wrong, let’s hug!” Other times I think it’s a thought avoidance mechanism. “That issue sounds complicated; it’s easier not to think on it too much, back to the game!” 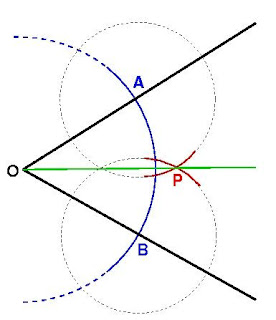 I can actually respect a well thought out and justifiable difference of opinion. But running to the middle safe zone all the time doesn’t cut it with me. This stance is also often (but not always) accompanied by an air of superiority. “Look, my powers of perception are all encompassing and I can see all sides. I pity you poor narrow-minded partisans!”

How about instead of instinctively running to the middle, you look at an issue, research it and form an opinion based on the facts you uncover. Yes, it sometimes takes some work and, yes, that means sometimes people are going to disagree with you and argue with you about it. Stand your ground. Or be persuaded; that’s OK too.
And what's really appalling is how much of the professional news media does a version of this centrist triangulation. Extending my example above, the newsperson at Big Broadcast News, Inc. will have Mr. Left advocating for the Blue sky and Mr. Right advancing that the sky is really yellow. The newsperson will often let both speak and then leave it at that never bothering to dig a little further, like going outside and looking up. That’s fair and balanced for sure, but not very informative.
Posted by Dave at 12:09 PM

I know a guy like that. I call him a Radical Moderate.

I see what you're saying Dave. But I also see what the centrists are saying. This makes me better than you.