Good on the FBI for getting this guy. But let's not overstate the danger involved here. There was no danger in this plot. It was entirely controlled by law enforcement. There was never any danger this idiot was actually going to blow up Springfield at any time while this plot played out. The other terrorists were fake. The explosives were fake. The detonator was fake. And while the Decatur dumbass was enthusiastic about committing an act of terrorism, he was never in possession of any means to actually do so.

I'm not completely convinced this guy was actually smart enough to have ever pulled off an act of terror. No that it matters anymore because he was criminally willing to join in on someone else's plot. Even if it was fake. 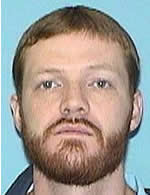 Michael C. Finton, Terrorist Wannabe
I only bring this up because some people aren't able to distinguish between a plot and an actual threat. Someone can come up with some lame plan on paper to blow up the an airport but never have the ability to do so. The plot exists but the danger doesn't.

Which brings me to Congressman Aaron Schock. According to the SJ-R, Schock's office released this statement:

My office was notified today of the attempted terrorist attack on both the Federal Building and my Congressional Office in Springfield. I am incredibly grateful to the FBI for their fine work in preventing this terrorist attack.

Ummm, Mr. Schock there was no terrorist attack to prevent. It was a sting. Your office was never in any danger. If you can't tell the difference between a threat and a plot, please resign and we'll get someone in there smarter than you.

Update 09/25/09: Lead story on a WMAY newscast this morning started out something like “Springfield could have been another Oklahoma City…” Sigh. Yes, if Oklahoma City had been hit with a fake bomb. At no time was there any real danger. AT…NO…TIME. Just because one guy believes he’s committing an act of terror does not mean an act of terror was really ever going to happen.
Posted by Dave at 9:21 PM

So how did the guy get involved with the FBI in the first place? Reminds me of the case a few years back with the group of youths in Florida(?) who wanted to destroy the Sears Tower. They couldn't find Chicago on a map and the FBI had to buy them boots so they can "train". Sounds like some feel-good entrapment of some financially, emotionally, and intellectually poor individuals to say "we are stopping terrorists".