Based on what the Union Pacific railroad is saying (via this SJ-R article), I’m fine with letting the project die. I never thought I’d say that about a high speed rail project, but you can’t just destroy a city. Of course, I don’t really believe UP has to be so inflexible, but if they continue to be, then let’s just forget the whole thing. And if that happens, I really hope UP doesn’t retaliate against the city in some way. I hate to think of what form that retaliation might take, but given their tone so far I would not be surprised if there was some. 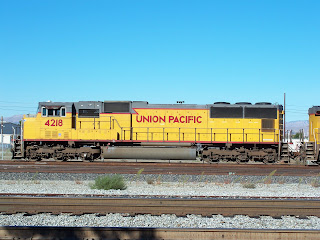 Maybe they'd retaliate by taking their damned RR line out of town - what a horrible loss for the city. ;)