Josh Marshall at TPM posts this message he received from a reader:

You note…that Joe Wilson's angry outburst was wrong on the substance. And that's an important point.

But I think it's worth contemplating that for a moment. What led Wilson to allow his "emotions get the best of" him and break with centuries of protocol to declare the president a liar? Innumerable presidential speeches have made selective claims or been parsimonious with the truth. And in this case, the claim actually bears up under scrutiny. So why this particular claim, and why now?

Wilson's outburst reflects something deeper. One recurrent theme of extremist assaults on the president has been the deep, visceral conviction that he's hiding an extremist agenda. The more moderate his rhetoric, the more reasonable his tone, the more detailed and specific his claims, the deeper this conviction grows. If you start with the presumption that the president is trying to foist his socialist agenda on an unsuspecting nation, then his apparent moderation and civility is actually further evidence of his duplicity. When nonpartisan groups substantiate his claims, it's because they're swallowing his transparent lies instead of revealing his real, hidden agenda. Every bit of apparent evidence that the president is reasonable only makes the situation more desperate - how to break through the illusion and reveal him for what he is?

We saw this dynamic recur again and again throughout the month of August, as anger boiled over at town hall meetings. Right wing activists insisted that they knew, to a moral certainty, what the plan was actually about, and demanded that their representatives acknowledge the truth. Such arguments are immune from rebuttal; at their very heart lies the esoteric contention that the real agenda is only implicit, hidden within the bill's provisions, and that seemingly benign clauses actually contain loopholes that will be nefariously exploited following its passage.

So when the president stood up and declared that the bills means what they say, Wilson simply couldn't contain himself any longer.

This is very true of the right’s healthcare argument. I’ve been party to discussions with wingers on this subject who just can’t be reasoned with. They start from a set of preconceived notions that bear no relationship to reality. The sad part is, this mentality seems to go way beyond just healthcare. There is a wingnut alternate universe that “exists” out there that only they can see. Fox News, talk radio, e-mail forwards all validate this other universe. Having a point of view or an opinion is one thing, living in a fantasy world is just dangerous. 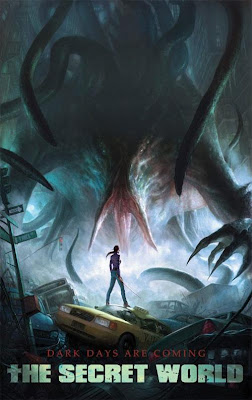