I’ve noticed something going on in the healthcare debate that seems to happen with some regularity in such discussions: Even if something “new” here has been done elsewhere quite successfully, there is concern in some quarters that it” either can’t be done or if “it” is done, dire consequences will result. While a single payer system isn’t going to happen in this country anytime soon (politically impossible, for now) it is not physically impossible. Nor are there the dire consequences predicted by opponents. How do I know? Well, every other industrialized country in the world does it in some form or another. Duh.

What comes to my mind is the smoking ban debate we had first here in Springfield and then statewide in Illinois. Naysayers predicted massive economic disruptions, slippery slope civil liberty violations and a plague of locusts. While they were making these silly arguments, we had living examples of this NOT happening in other states and even entire countries, some with rich smoking traditions. But somehow none of that real-life evidence counted. 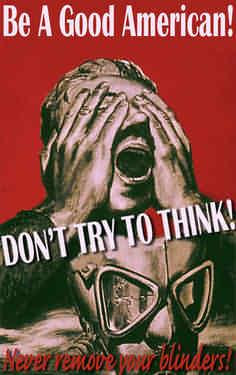 In the healthcare debate we also have opponents that, while recognizing there are other single payer sytems around, are reduced to just making shit up about the medical dystopias created by these systems. Or, they cherry pick small flaws from several different national systems and create a new single-payer-at-large-system boogeyman that’s going to kill us all. But the great thing about having all these other examples from around the world is that we can do just the opposite: cherry pick the best to make our own system the best in the world.
Posted by Dave at 12:08 PM