I’m a fan of sin taxes. If the revenue needs to be raised, this has to be one of the least objectionable ways to do it. As a beer drinking, I pay plenty of sin tax and really don’t mind. Sin taxes are somewhat regressive but it’s on items that you not only don’t need, but are actually bad for you in anything more than small amounts. So sin taxes serve the dual purpose of raising revenue and (somewhat) discouraging consumption of something that isn’t good for you. There are limits, of course. Too high a tax only encourages a black market, so there needs to be a balance.

Recently there have been proposals floating around that would raise taxes on sodas and some other kinds of sweetened drinks to both help fight obesity and possibly to help fund healthcare reform. Count me as on board. Sure, it’s easy for me to say that since I drink about three sodas a year. But, as I said, I am already subjected to the sin tax on beer and I’m fine with that.

Of course, the soda industry is very much opposed to this idea and has been airing commercials reflecting this opposition. The one I’ve been seeing lately has a frazzled looking mom unloading the minivan while decrying the tax proposal. She says that while it’s just a few cents, that money adds up and it’s already hard enough to feed a family. Get that, FEED a family. When the fuck did giving your family soda constitute “feeding”. Lady, if you are “feeding” your family soda, you’re an idiot. Maybe they can drink water with the meal of Twinkies and Funyuns you “feed” them.

And here’s another consumer tip for those having a hard time “feeding” their families soda: you could save way more than the extra tax if you just buy off brand or store brand soda rather than one with a big name. You pay for the name. More than any sin tax. 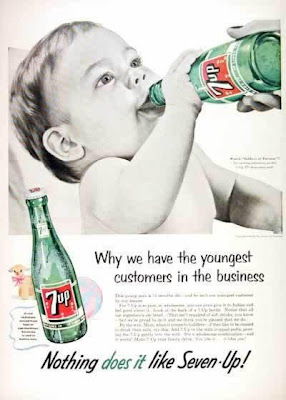