All About Beer Online has an article on how to sound like a beer expert. I used to think that meant belching and passing out a lot. But no! Knowledge is power and here is some of that power. 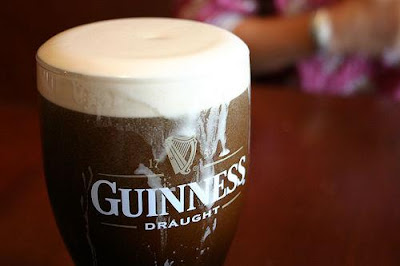 A: People who ask about putting the A back in NA beer are generally a) living in the Middle East, b) under age, or c) in prison. I leave it to you to weigh the consequences of breaking whatever law you are up against. You can add sugar and yeast to NA beer and generate a little alcohol, but it will taste nasty. Homebrewed beer-even bad homebrewed beer-will taste better. Alternatively, our ancestors coped with Prohibition by creating "needle beer"-NA beer with a syringeful of grain alcohol added. Your best and safest bet is to a) change countries, b) grow up, or c) get released. 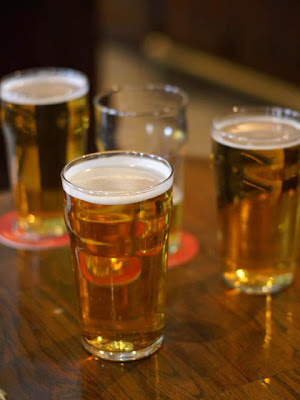 Q: How many calories in beer?

A: There are about 150 calories in a 12-ounce serving of standard beer, the same amount as those little pots of fruit yogurt dieters like so much. I know which is my choice: when I want a cold one after work, I don't mean a cold yogurt. A light beer will contain about 100 calories. Some hefty styles such as barleywines contain about 300 calories. Remember: it's not the beer, it's the nachos. 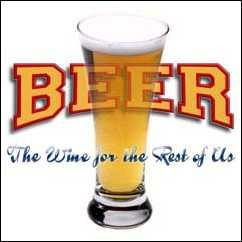 Q: What is the proper way to pour a beer?

A: If you pour the beer slowly down the side of a tilted glass, a smaller head is formed, and more CO2 remains dissolved in the beer. If you hold the glass upright and pour straight into the glass, more gas is released, and a larger head will form. Real aficionados will insist that different beers have different ideal pours, but you are a mere expert, not an aficionado. Pour an ale so it has about half an inch of head, lagers with a larger one, and allow a wheat beer to throw a big pillowy head. 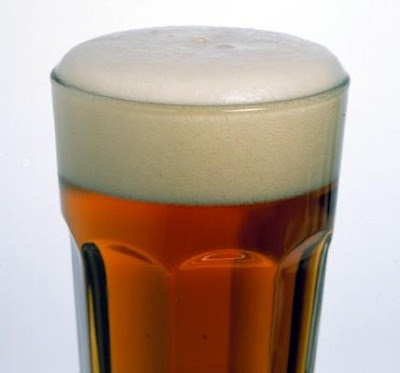 Have a Happy Weekend!
Posted by Dave at 6:01 AM

What a great blog! I really enjoyed the section on how to pour a beer. I found this really cool video on how to pour Guiness here:http://www.thenewsroom.com/details/20625/Reference

For my part every person ought to go through it.