So, there's this town in new York that accidentally voted to make the town dry. Oops.

ALBANY - People in Potter thought it was a straightforward ballot question: Should we allow restaurants to sell beer?

Then the state got involved and by the time it was over, residents had accidentally banned beer sales anywhere in town. Now, they're seeking the state Legislature's help in reversing an inadvertent prohibition that threatens to close the town's single grocery store. 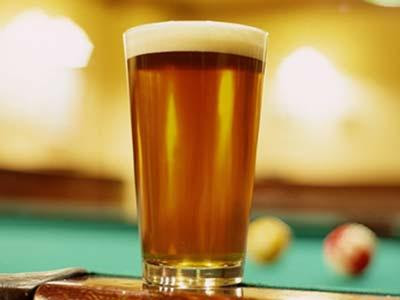 Those involved say the incident stems from the state's "arcane" alcohol laws.

The Yates County town of 1,800 is part of the village of Rushville, just south of Canandaigua on the Yates-Ontario County border. In 2005, residents requested a vote to allow the Hitching Rail, the only restaurant in town, to sell beer. But the state Alcoholic Beverage Control Law, essentially unchanged since Prohibition, mandates that a list of five specific questions be put on a ballot.

The other four questions included a measure to continue to permit the sale of packaged beer for off-premises consumption, a question about hotels selling beer and another about summer hotels selling beer. Voters became confused by the wording of the questions, according to the Potter Town Supervisor Len Lisenbee, and voted down all of the proposals. The beer ban is set to go into effect July 1. 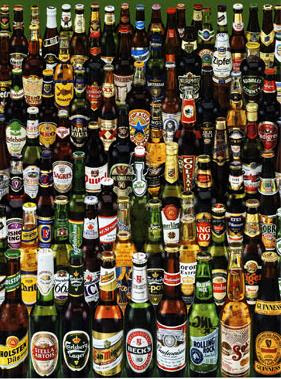 "So-called regulators at the ABC board told us we needed five different proposals on the ballot and voters told me almost unanimously they didn't understand the legalese of the questions," Lisenbee said.

The ABC Law also states that once a proposal is passed, it cannot be put on a ballot again for three years. That would mean the town's only grocery store — Federal Hollow Staples Grocery — would have to go almost 18 months without selling beer, which constitutes 50 percent of its annual sales, according to Lisenbee.

That would put them out of business, said Federal Hollow manager Kati Brown. Potter residents would have to trek 10 miles or so to the neighboring towns of Canandaigua or Penn Yan for food and beer. According to Lisenbee, most of Potter's residents already do the bulk of their shopping in these towns, but Federal Hollow is important for daily staples. 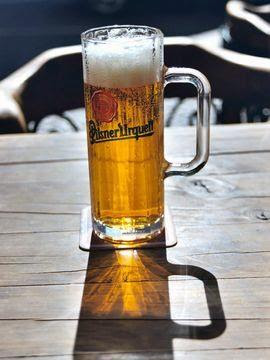 "People in this town use Federal Hollow all the time for news, beer or anything else we need when we don't want to travel," he said.

"They've been selling beer in this joint since 1970,'' said Sen. George Winner, R-Elmira, one of the sponsors of the measure to overturn the ban. "This is a classic example of why there needs to be changes in the arcane ABC law.''

Last week, the Senate passed a measure that would allow Potter's residents to repeal the beer ban. The Senate bill would allow Potter to put the questions back on the ballot this fall and would also extend Federal Hollow's license to sell beer to Nov. 15. 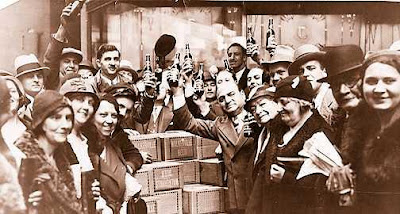 The Potter bill still needs to pass the Assembly by June 21, the last day of the 2007 session, and then be approved by Gov. Eliot Spitzer. Assembly sponsor James Bacalles, R-Corning, said he "doesn't see any reason why it wouldn't come up for a vote." Lisenbee said there has been only "quasi-opposition" from some religious citizens, and the town expects the beer ban to be lifted.

Meanwhile, even the state Liquor Authority admits that the five-question system demanded by the Alcohol Beverage Control law is outdated. The agency drafted bill language in February that would replace the current questions with "plain-English" ones. Winner and Assemblyman Robin Schimminger, D-Kenmore, have introduced bills to that effect.

Beer is the will of the people and the people will be heard.
Posted by Dave at 6:01 AM