It's no secret that Springfield is actively (OK, some say half-heartedly) trying to become the "official" Springfield of The Simpsons so that we might be honored to host the premier of the new Simpsons movie this summer. So to mark the effort, FBB presents beer drinker extraordinaire, Homer Simpson... 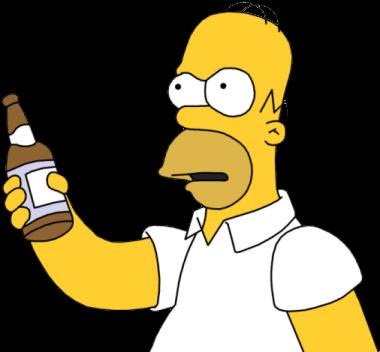 And his favorite beer, Duff. 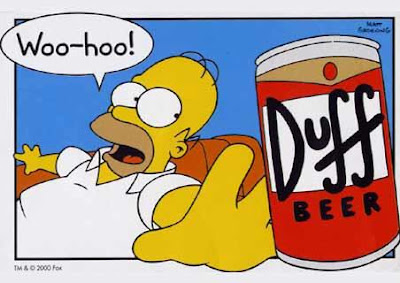 Oh, and no truer words were ever spoken when, on one episode of The Simpson's, Homer proposed the following: Alcohol: the cause of, and solution to, all of life's problems. 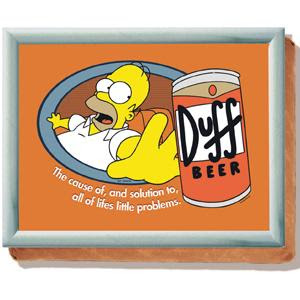 But look at this. There is a real Duff beer being brewed in Mexico. 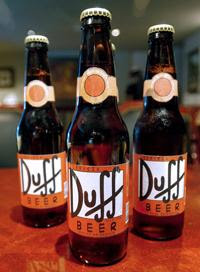 But they better look out. A law suit may follow soon.

Two Australian brewers launched Duff Beer brands in the 90s, only to have them pulled when The Simpsons creators threatened lawsuits, the name was registered Down Under. These days, remnant stock of the beer is considered a collectible in Australia and pops up every now and again on eBay.

I've thought we here in Springfield should have a Duff beer to better our chances at becoming the official Simpsons Springfield. But in light of the possibility of lawsuit, maybe we need to be more creative. How 'bout a Duph beer? Or Ffud? Or Spuff? 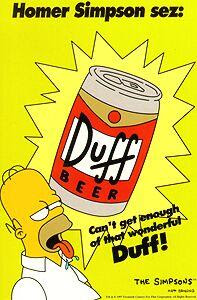 Have a happy Memorial Day weekend!
Posted by Dave at 6:01 AM

Perhaps a Duff bar so it's everything to do with beer, but is also it's own thing.