Beer Goggles: Beer goggles is a slang term for a phenomenon in which one's consumption of alcohol makes physically unattractive people appear beautiful. The term is often associated with the awkward experience of waking up the following morning to discover that the person lying next to you is less attractive than you had previously believed (see also coyote ugly).

I’ve been avoiding the subject for months now but it’s time we all stare reality in the face – a face that gets prettier after each beer. 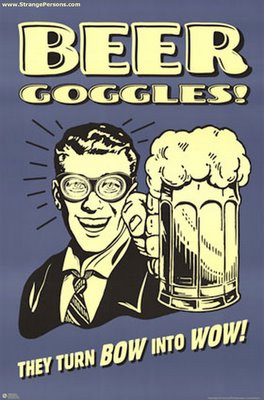 Research has produced a time-elapsed view of the beer goggles' transformation: 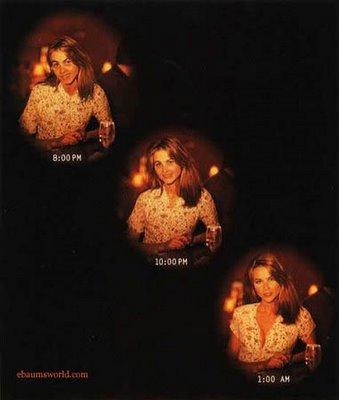 And it’s equal opportunity; sexual preference seems not to play a part in susceptibility to the pitfalls of donning beer goggles: 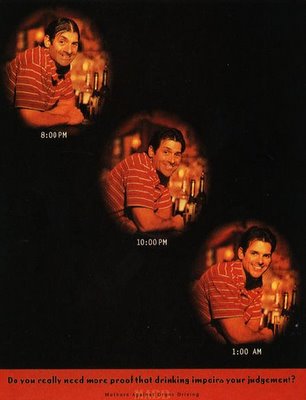