Still Getting it Wrong

OK, it's after 8:00 AM and the online versions of at least two Illinois papers still have the West Virginia miners being found alive. 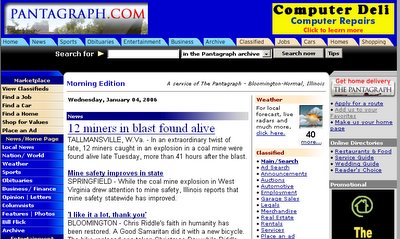 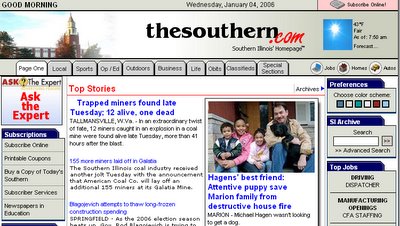 I was watching the wall-to-wall coverage late last night on the cable news channels of the miners being “found alive”. That was still the story when I went to bed. I was shocked to get up this morning to see that, no, everyone got it wrong – the miners were actually dead (except for one who is in critical condition). OOPS! Geez, whoever let the “their alive” story go on for as long did should be beaten. Apparently the mining company was aware of the false reports for hours and did nothing (at least that’s my initial understanding; I hope that report is also false).

I don’t think the media is blameless either. The cable news outlets in particular were hyping this as a “miracle”. How about a little verification before uncorking the verbal champaign.