In recent years, going out into the field (bars) and doing research on (drinking) beer has become somewhat of a rarity for this family man. But last Saturday night, fully infused with the holiday spirit, I set out into the beer wilds (the beerlderness?) to conduct up-close analysis of brews in their natural habitat.

Joining me on my expedition was Mrs. TEH along with friend and former wingman, SK. Our destination: Springfield’s best place to explore a wide variety of beers, Brewhaus (617 E Washington).

Mrs. TEH (who was only going to drink Cosmopolitans) and I arrived a bit early and went ahead and ordered for all of us. We began with SK and my traditional favorite lead-off beer: Paulaner drafts. Brewhaus serves these drafts in tall high volume glasses adorned with a slice of lemon. See below. 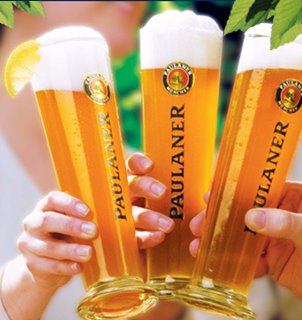 Thing is, SK hates fruit in his beer and I forgot to tell the waitress to hold the lemon. Well, I thought, I can pull it off the glass before SK gets here and he’ll be none the wiser. However, fate stepped in for me. The waitress, approaching our table, stumbled and caused the lemon on one of the glasses of Paulaner to topple off and into Mrs. TEH’s Cosmopolitan. Brilliant! It was going to be a good night.

After SK’s arrival and the consumption of a couple of Paulaners we wanted to move on to something lighter. By this time we had inherited a new, beer-knowledgeable (and less clumsy) waitress. She recommended we gear-down to Hoegaarden, a light and tasty Belgian beer. 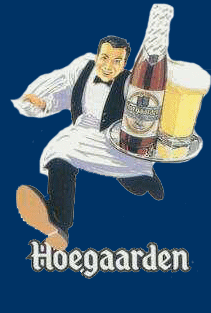 After the Hoegaarden, our beer waitress recomended a brew from New Zealand called Steinlager. Now, this is a good beer. 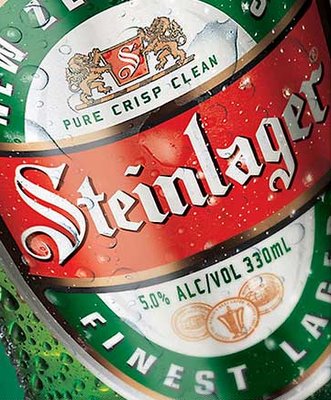 After the Steinlagers, we each had a Harp (a known quantity) and then it was back to the waitress of beer knowledge to recommend a nightcap. She chose one of Boulder Beer’s fun brews, Hazed and Infused.

Hazed and Infused was a bit of a disappointment but it was time for us wrap up this field trip anyway as the alcohol-adverse Mrs. TEH was now giggling too uncontrollably after a few Cosmos that we just had to leave.

So, the findings from the field:

Paulaner – always great
Hoegaarden – pretty good (I liked it better than did SK)
Steinlager - great stuff from the Kiwis
Harp – a good standard
Hazed and Infused – not so good
Posted by Dave at 12:02 AM

Hazed and Infused - not so good? Oh man, always a matter of opinion. To a true hophead, this is one of the best.