I have discovered a Swiss beer that has as its mascot(s) a very disturbing bird-thing. Initially intrigued by the name of the beer – Cardinal – I investigated further hoping to find a nice redbird on the label. The cardinal is the Illinois state bird, ya know. It also is the bird of that baseball team in St. Louis that so many people around here inexplicably follow (despite having America’s team right up the road playing in Wrigley Field).

Anyway, what I found was very different from what I expected. Observe: 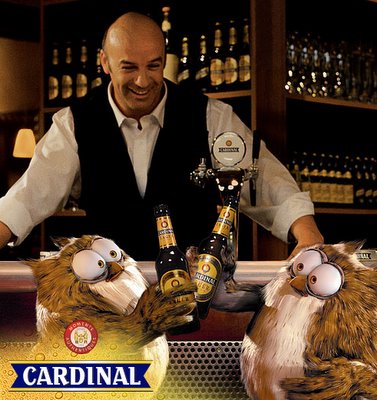 And if that isn’t bad enough, take a look at this couple’s hallucination: 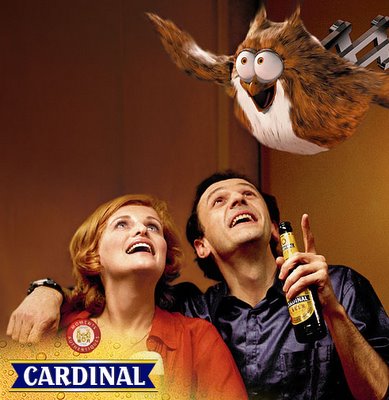 Cardinal beer can be found online here. Look around at the Swiss having fun. Beware though, you have to choose between French and German while surfing their site. 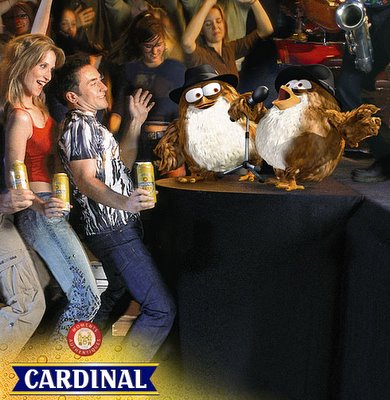 Groovy Swiss jamming with the Blues Birds! Wild and crazy guys (and gals).
Posted by Dave at 12:02 AM