Merry Christmas from Dick Cheney and the GOP Senate:

WASHINGTON (AP) -- The Republican-controlled Senate passed legislation to cut federal deficits by $39.7 billion on Wednesday by the narrowest of margins, 51-50, with Vice President Dick Cheney casting the deciding vote.

The measure, the product of a year's labors by the White House and the GOP in Congress, imposes the first restraints in nearly a decade in federal benefit programs such as Medicaid, Medicare and student loans.

But the good news is, tax cuts largely benefiting the wealthy are still in place! And, of course, there will be many more requests for billions and billions of dollars for the Great War in Iraq ™. Priorities, people, priorities. 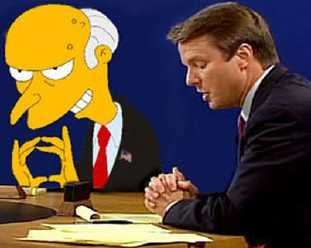