Libby To Appear In Court With Arrow Through Head

I’m so pleased the to hear Scooter Libby is going to use the Steve Martin defense. It gives me an excuse to trot out a portion of one of my favorite Martin bits from back in his standup days:

Now.. you say, "Steve.. what do I say to the tax man when he comes to my door and says, 'You.. have never paid taxes'?" Two simple words. Two simple words in the English language: "I forgot!" How many times do we let ourselves get into terrible situations because we don't say "I forgot"? Let's say you're on trial for armed robbery. You say to the judge, "I forgot armed robbery was illegal." Let's suppose he says back to you, "You have committed a foul crime. you have stolen hundreds and thousands of dollars from people at random, and you say, 'I forgot'?" Two simple words: Excuuuuuse me!!" 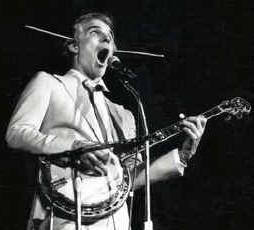 And speaking of “Scooter”, how come Libby can be referred to as “Scooter” but no one in the media wants to refer to Karl Rove by his Bush-given nickname “Turd Blossom”? It can’t be that the media thinks it’s childish. How can anyone, including hardcore Republicans, not be totally embarrassed by Bush and his administration?
Posted by Dave at 8:03 PM

Because they are true believers.