Down, down, down. Even Gallup has Bush falling below 40 percent approval.

The approval rating was the lowest the poll has recorded during Bush's presidency, down from 45 percent in a survey taken September 26-28, and the disapproval
rating was up from 50 percent. 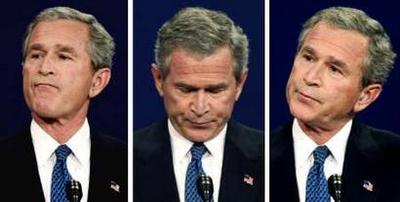 Thing is, even if Bush were running of a third term, the Democrats would probably be able to nominate someone who would just barely lose to him.
Posted by Dave at 6:14 AM