The first beer cans were produced in 1935.

On October 17 of 1814, a rupture in a brewery tank containing 3,500 barrels of beer caused a flood of fatal proportions in the London parish of St. Giles. The wave of beer swept victims off their feet, dashed them against walls, and buried them under debris. Two houses were demolished in the sea of beer suddenly loosed upon town, and nine people lost their lives in the flood of suds. 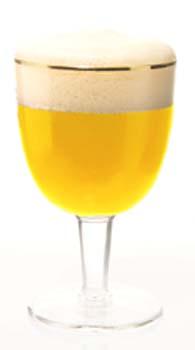 An 18-year study by the National Institute on Aging found that 50-plus men who consumed a drink a day during middle age scored significantly better on cognitive tests later in life than did non-drinkers.

It was the accepted practice in Babylon 4,000 years ago that for a month after the wedding, the bride's father would supply his son-in law with all the mead he could drink. Mead is a honey beer, and because their calendar was lunar based, this period was called the "honey month", or what we know today as the "honeymoon".

According to a diary entry from a passenger on the Mayflower, the pilgrims made their landing at Plymouth Rock, rather than continue to their destination in Virginia, due to lack of beer. 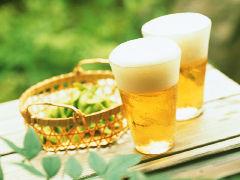 A beer is NOT just a beer. All told, there are 27 different styles of beer, with a further breakdown of 49 substyles.

Studying the experimentally induced intoxicated behavior of ants in 1888, naturalist John Lubbock noticed that the insects that had too much to drink were picked up by nest mates and carried home. Conversely, drunken strangers were summarily tossed in a ditch.

Beck's in not only Germany's top export beer, it also accounts for 85% of all German beer exports to the United States.

Dave-
Sweet beer post, as usual. I always look forward to the beer posts. And I especially love the history of beer. What a beverage!

These are not useless beer facts. They can be great conversation starters at any Springpatch beer dispatching establishment. Thank you beer blogger!