Milwaukee this week was a hotbed of beer activism. It wasn't quite "give me beer or give me death", but it definitely had it's roots in colonial American protest.

MILWAUKEE - A group of Wisconsin brewers blasted open barrels of beer on the docks of the Milwaukee River on Tuesday in the Brew City's version of the Boston Tea Party.

Their sticky statement was in protest of a little-publicized state Senate bill they said would create complications for startup breweries.

The big brouhaha is over a proposed update to antiquated post-Prohibition laws related to the blooming business of craft beer making. 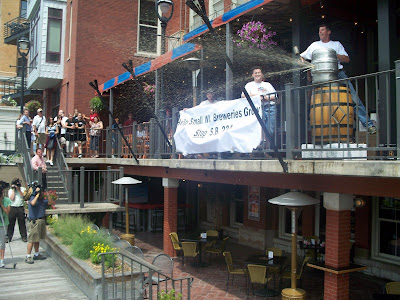 Basically, it divides small brewers into two licensed classes - those who want to serve food as brewpubs and those who seek to bottle and distribute their product on a larger scale. The latter would face new restrictions on food service.

The brewers, who acknowledge they're not savvy about the legislative process, say it's not fair for new beer makers to have to decide their fate that early.

"Every business takes on a life of its own," said Jim McCabe, proprietor of the Milwaukee Ale House. "For the guy that wants to start a brewery tomorrow, he's got to make decisions early in his business life that aren't possible."

After countdowns in English and German, the kegs were opened with mallets that spewed suds across the deck and into the Milwaukee River. 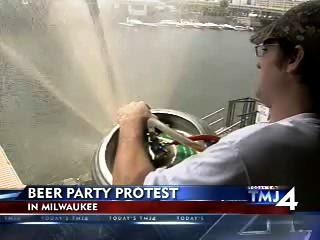 The whole issue started when the Great Dane Pub opened a third location in the Madison area but couldn't sell its own brews because the law only allows two such operations per chain.

"The love of beer, that's what this whole thing is about," McCabe said. "It could have been solved with a couple of sentences, a paragraph at the most. What happened is, the bill grew to 28 pages to do a whole bunch more."

The bill's sponsor, Sen. Fred Risser, D-Madison, was out of the office Tuesday, but spokesman Terry Tuschen said they're writing several amendments to ease the brewers' concerns. 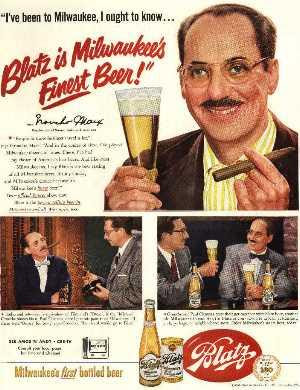 "This is just a run-of-the-night operation that's being ram-roaded down our throats," said Russ Klisch, owner of Lakefront Brewery Inc. in Milwaukee and president of the Wisconsin Brewers Guild. "There are so many questions out there that have been unanswered." 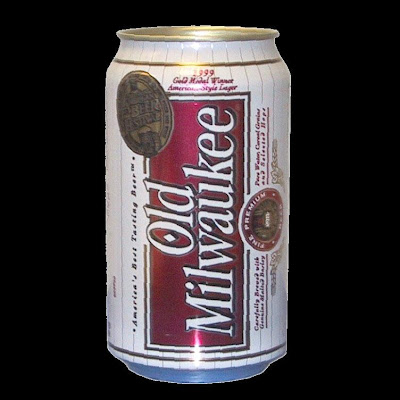 Well, good luck to the Milwaukee brewers. Ummm, small 'b', not the baseball team. Go Cubs!

Have a good weekend!

Thanks for the informative FBB. I didn't realize this was going on, but it's a shame. I'm a big supporter of Lakefront Brewery. They have a gluten-free beer, New Grist, that's just phenomenal. I mean, it's as good a GF beer as you're likely to find.