Black But Not Fat

From the TEH e-mailbag: Dave, how come no fat presidents?

It's certainly true there have been no hugely overweight presidents since at least the dawn of the television age and not many even before that. But why? Here are some possible reasons.

Stress. All that campaigning and governing is stressful. Stress often helps keep the weight off even if for the wrong reasons. 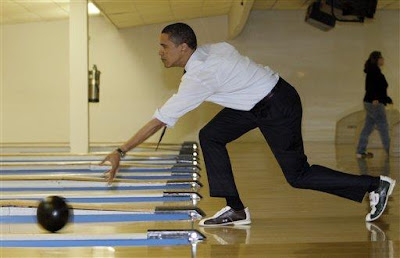 Fat bigotry is probably the biggest part of the answer and may even motivate the workout routines to stay in shape and not become less appealing in the media. Stress probably only plays a minor part since the presidents likely would not have gotten to the stressful position had they been overweight in the first place.

So anyone have a better answer?
Posted by Dave at 11:21 PM

I think they had to make a custom bathtub for him at the White House.