I was in the liquor store a few weeks ago and noticed that Michelob Ultra now has a Pomegranate Raspberry edition on the shelves. It's part of Michelob Ultra's new collection of fruit infused beers which also includes Lime Cactus and Tuscan Orange Grapefruit. The company website describes the Pomegranate Raspberry this way: A pilsner with a berry aroma, raspberry flavor, and a hint of pomegranate. 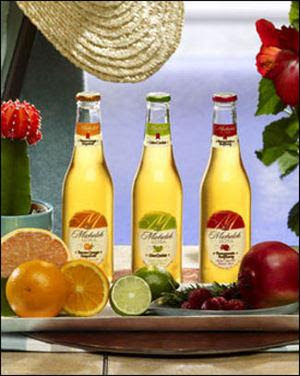 I didn't Immediately buy any because I was quite sure it was going to be way too fruity for my taste. However, Mrs. TEH is a fan of both pomegranate and raspberry flavored things. Sometime later, I took her into the store to show her. She was a little reluctant to buy a six pack since she wasn't sure she would like it. I told her I would try one too so we would, at most, only be wasting four of the drinks if neither of us liked them (and I was pretty certain I wouldn't). 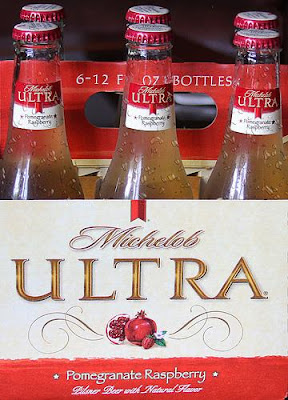 Well, we got them home and each had one. I was expecting a fruit flavored beer but what I had was, well, a wine cooler. I mean it tasted nothing like a beer. Which is OK if you like wine coolers. And who doesn't like to mentally travel back to the '80s with a nice wine cooler once in a while? Mrs. TEH said she could taste beer in there but I wasn't able to. 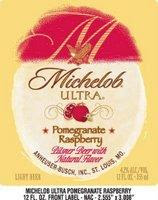 I mean, who wants a beer that has this as an ingredient? 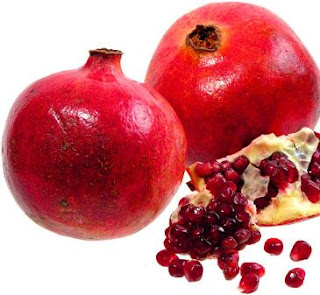 Anyway, if you want a decent wine cooler that sort of looks like a beer, try the Michelob Ultra Pomegranate Raspberry. 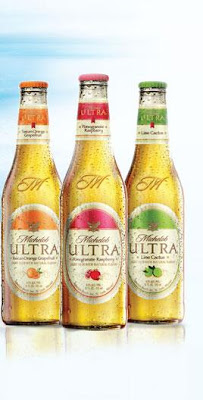 Have a great weekend! And try to keep the fruit out of your beer.
Posted by Dave at 12:01 AM

Hey...your beer is in my wine cooler!

Pomegranate might go well in a big stout. Deep dark chocolate malt would blend with a nice light pomegranate flavor. Too much would certainly ruin it but I think it might be doable. You might be on to something. Thanks for the idea.

Happy 75th anniversary of the end of Prohibition!