The State of Columbia

I like the plan Matthew Yglesias puts forth for finally getting the citizens of Washington DC some representation in Congress.

What I’d like…is for congress to use its power to admit new states to admit the State of Columbia as the fifty-first state. You would, of course, need to carve out a portion of the existing city to continue serving as the “federal district” and capital of the country. But that could easily be made a compact area around the Mall where nobody (except the President and the First Family) lives and thus nobody is denied voting rights.

For Democrats, this would mean two new Senators and one new Representative. It would also uphold the basic America idea that citizens should be allowed to vote and should be represented in congress. It would be totally constitutional. And though Columbia would be a small state, it would have a larger population than several current states. 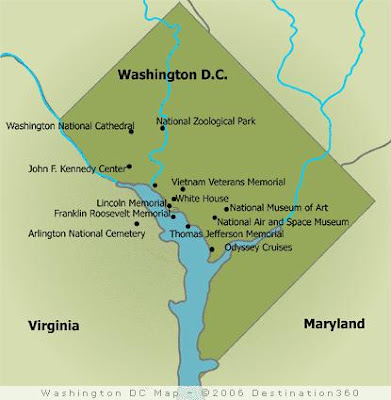 Right. Republicans will hate this idea more than Democrats will like it so it’ll never happen. So let me offer an alternative. Give, or force, DC back to Maryland (from which DC was originally carved. That would mean no new senators. However, give Maryland another representative in the House. That would still be an advantage for Dems but a much, much more diluted one. The folks in DC really do deserve representation.

There is already precedent for what you suggest. The District territory originally was a complete square, but the part on the west side of the Potomac was given back to Virginia sometime prior to the Civil War.

It's about time something be done about that situation. Imagine how we would feel if Sangamon County were legally not a county, not part of Illinois and had no voting representatives in the General Assembly :)