As always in my Shorter Kev posts, I have fun today with WMAY’s Kevan Kavanaugh’s commentary (see the post immediately below). But today’s commentary was really great. In it, the president and general manager of the radio station blasts his own talk show hosts, Dave Kelm and Kirk Farah (Kelm & Kirk), for taking a position opposite of his on the Maisnebacher House issue. He calls them “knuckleheads”. On the air.

Now, no one is in more agreement with the knucklehead label for Kelm & Kirk than I am. They really are loathsome, reactionary know-nothings that make Sarah Palin look informed and competent. But I think it’s a bit silly, and frankly a bit self-serving for Kavanaugh, to give them sole credit for the defeat last night of funding for the Maisenbacher House by the city council. If I didn’t know better (and I guess I don’t) I might wonder if this in-house dust-up was really just a stunt.

Kavanaugh is claiming K&K motivated listeners to flood Springfield aldermen with calls opposing the Maisenbacher House funding. Aldermen, in turn, got scared and refused to support the plan. I think that’s hugely simplistic and, again, more than a little self-promoting. Let’s face it, the Maisenbacher “debacle” has a whole host of real (not just faux talk show) problems associated with it, and it’s just possible those problems motivated not only the calls to the aldermen but also affected the decisions of the aldermen just on the merits. 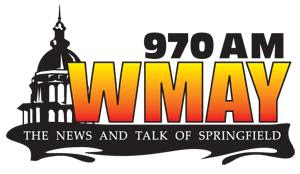 Personally, I support the use of the available funds for the preservation of the Lincoln-era house. But I also recognize how poorly planned this whole thing had been and I appreciate the concerns people have about the large amount of money that has been spent and how much more money is needed. Opponents have a real case and I think the votes of the aldermen last night reflect genuine concern in the community over the cost of the project. The fires of that concern may have been fanned by talk show hosts largely motivated by hating Mayor Tim Davlin, but I think there was also plenty of outrage from people reading about the issue in the SJ-R or seeing stories on it on Ch. 20 or even from local blog surfers.

Kev can continue to out K&K as the “knuckleheads” that they are, but I wouldn’t give them more credit than they deserve. That might just encourage them.
Posted by Dave at 7:25 AM

K&K are impossible to listen to at this point. They do no show preparation. One of the funniest things about them is how they rely on the SJ-R for nearly every subject they discuss. Most of the time they are criticizing the paper. However, if they weren't criticizing the paper, they wouldn't have a show. It's a Catch 22 for them.

My best advice to them: Do some show preparation. Come up with something on your own. Be creative. Be innovative. Be entertaining. Be funny. Earn your paycheck.

They are cranky. They shout. They are ill informed. They are poisonous. And, it's sad, really, because when they first started, they were somewhat entertaining. Now, I can barely stomach them.

If I get out of the car listening to Leach and get back in the car when K&K are on -- I listen to what the topic is. It's pretty much the same stuff, different day. Then, I change the channel.

Wouldn’t it be cool if the above anonymous comment was really from Kevan K.

I cannot stand how Kelm and Kirk shout over each other and the stuttering!....oh my God, they are so frantic to keep making noise of any kind, lest a caller (or their cohost!) interject.

Kelm & Kirk's show can be heard regularly on AM 970 WMAY.

I really cannot believe K & K are employed. I have listened to their drivel and most of the time they are talking about nothing. Most of their callers are just as bad or worse. They show little to no preparation, they blab sometimes, make schoolboy jokes and noises, comment on things they no nothing about. Then they hang up on their callers all the time. I have always wondered why some of the companys and organizations advertize on their show, what are they trying to promote? Anti thinking, juvenile humor? Negativism? Darla

The reason businesses advertise is because people listen to their shows. I think they are good. They are entertaining and tend to bring up the "other side". You know, stuff that you wont find in the mainstream liberal media.

And for all of your ranting about them, they definitely were instrumental in getting the people to contact their alderman about the Maisenbacher House issue.

Obviously you listen to them. Ha!

I like Kelm and Kirk. Have you seen my new paintings of a train. Well it is suppose to look like a train. And I like Obama because he is against abortion. I live in Grandview and agree with everything Jim Leach says.

(other WMAY inside jokes and buzzwords welcome)

This is my new favorite blog! I had no idea there was so much interest in my editorials!!! Thanks for listening to WMAY.
--Kevan