For you instant gratification types, it doesn’t look like Blago is going to be forcibly removed from office anytime soon.

Under intense public pressure, state lawmakers decided to take the first step toward impeachment, but cautioned it wouldn’t be a speedy resolution.

Madigan already is making plans for the impeachment committee to work into the new General Assembly, which convenes Jan. 14. 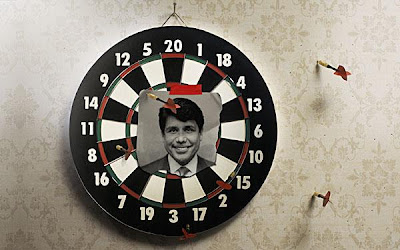 And on it will go for a while. While frustrating, I’m not sure doing things the right way isn’t better in the long run. And one can always dream that as the process marches on, Blagojevich will starts feeling the heat and get out on his own.
Posted by Dave at 7:22 AM