Thinking about this whole mess with appointing a new Senator to fill the seat being vacated by President-elect Obama, it occurred to me that all of this could be avoided if only we elected vice senators as well. This isn't as crazy as it sounds as at first.
Senate candidate would have a running mate much as presidential candidates do now. These vice senators would not be duty free placeholders like many vice presidents, but would simply be the person designated to replace the senator should they vacate their office for whatever reason. The vice senator would likely have to be on staff with the senator or in some other public office since remaining in a private sector job might put that person in a conflict of interest situation with the senator. 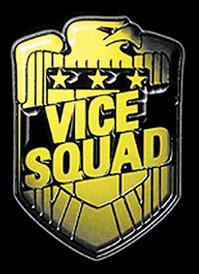 This plan would avoid situations where a Republican governor gets to choose a replacement for a Democratic senator and vise versa. Or situations where a governor gets to play politics or goes totally rogue and tries to sell the seat. It also eliminates the need for a costly special election since the vice senator would have been elected already as part of the senator's team.

Solving problems one at time here at TEH.
Posted by Dave at 11:10 PM

No, I think this would actually make government slightly smaller. If you read the post, this wouldn't be a new position per se, but a designation should the seat become empty. F for reading comprehension.

By the way, NIC, care to share with the class what NIC stands for, big guy?