You won’t find a bigger smoking ban supporter than me, but even I have a hard time believing this:

ATLANTA – A smoking ban in one Colorado city led to a dramatic drop in heart attack hospitalizations, according to a new study that is considered the best and longest-term research to show such a link.

The rate of hospitalized cases dropped 41 percent three years after the ban of workplace smoking in Pueblo, Colo., took effect. There was no such drop in two neighboring areas, and researchers believe it's a clear sign the ban was responsible. 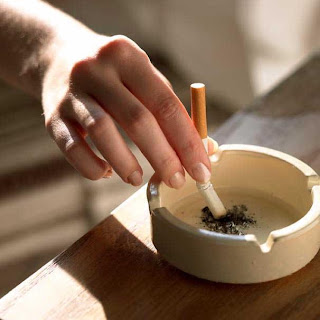 Maybe it is, but color me skeptical until these dramatic results can be duplicated. Smoking bans seem to have only a mild effect on reducing smoking which means most of the decrease would have to be among people breathing secondhand smoke. And while secondhand smoke is clearly unhealthy, I can’t believe it is responsible for a third to half of all heart attacks (or heart attack “hospitalizations” whatever that means).

If, however, these results are shown to be accurate, the health policy implications could me we might need to take a closer look at not exposing people, particularly children, to secondhand smoke in other places like homes and cars.
Posted by Dave at 4:54 PM